The singer shared that at the height of her fame she battled an addiction to gambling.

She told Lorraine Kelly that she used playing on slot machines as a way to “escape” her hectic life under the spotlight. 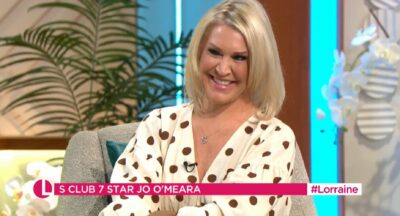 Jo told Lorraine: “It became a bit of a thing. With the band, it was so busy and so hectic. I just used it as a bit of escapism to run away with myself for a little while.

“I got caught up in the flashing lights and getting the three sevens or leprechauns, or whatever it would be. It was just a bit too much fun.”

Lorraine then went on to question Jo about whether her other S Club 7 bandmates at the time were aware of her struggles. 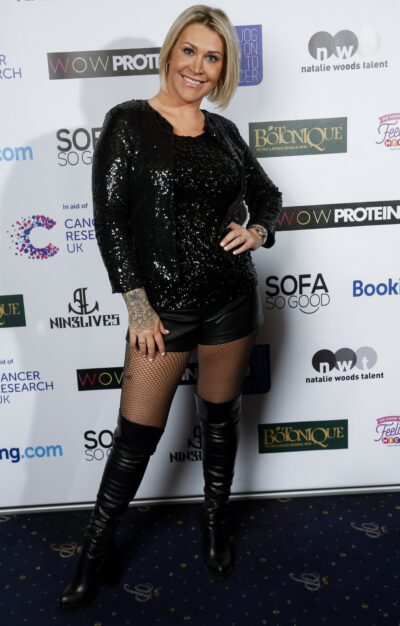 Jo opened up about gambling on Lorraine (Credit: SplashNews.com)

She explained: “Yeah, they did. When we used to travel around the county, it was like, ‘Where’s Jo?’ Everyone would know – ‘Oh, she’s on the fruit machines.’ But it was just what I did.’

“When I look back I think, ‘I shouldn’t really have been doing that,’ because what you learn as you get older is you never win. It was about beating the machine, getting the three sevens, the excitement of that was making me want to do it even more.”

Jo went on to share her fears about how mobile phones and gambling apps have made falling into addiction even easier. She warned that what happened to her could happen to anybody.

She said: “When you’re pressing a button, it’s so easy to fall into a very, very dark place… It could happen to anybody. I think there’s still a big stigma to it, where people associate gambling with an older man sitting in a betting place or a poker table.” 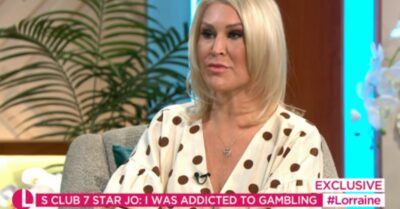 Jo ‘O’Meara opened up about her addiction (Credit: ITV)

Singer Jo O’Meara on getting over her addiction

Jo added: “I wanted to reach out to people and say, ‘I’ve been there myself, I understand it, there’s no shame in picking the phone up and asking for help.’”

Thankfully, the singer, who recently released a new solo album, eventually managed to kick her addiction.

She added: “I thought one day, ‘That’s it, I’m done.’ I haven’t looked at a machine once, but I understand it’s not like that for everybody. You do get caught up in it. But there’s help there.”