Brenda Edwards has revealed what’s ‘keeping her going’ after the tragic death of her son.

The Loose Women panelist appeared on the Lorraine show on ITV this morning (June 22).

She was talking about her return to the stage in the hit show Chicago.

Her appearance at Mama Morton in Chicago is the first time she’s returned to theatre since losing son Jamal in February. 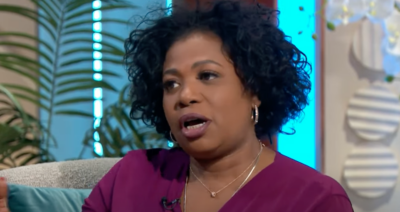 Brenda Edwards shares what’s ‘keeping her going’ after the death of her son Jamal (Credit: ITV)

Jamal died in February aged 31 due to cardiac arrhythmia which is caused by “having taken recreational drugs”, Brenda recently confirmed.

Brenda, who rose to fame on The X factor, spoke candidly to Lorraine on Wednesday.

She said keeping busy is helping her deal with her grief.

You’ve got to allow yourself to be able to grieve.

“When I’m entertaining somebody else, I’m making them happy and that makes me happy.” 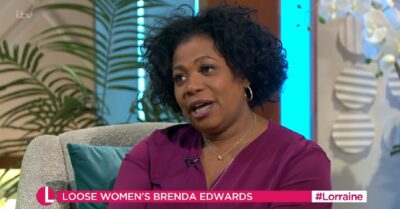 The presenter and singer, 53, returned to work at Loose Women in April.

She paid tribute to the support her fellow panelists gave her.

Read more: Sherwood on BBC One: Who is in the cast of the excellent new thriller alongside David Morrissey?

“I missed it so much,” Brenda admitted.

“I love all the different personalities, but they’ve individually sent me messages, sent me flowers, sent me food. 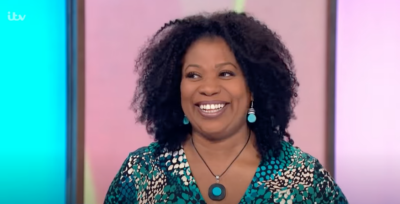 Brenda on her return to Loose Women (Credit: ITV)

“It was really nice and I appreciated that support.”

Jamal has left his own musical legacy.

As the founder of production company, SBTV, he helped launched the careers of artists including Ed Sheeran, Jessie J and Dave.

Brenda recently met Prince Charles at the Commonwealth meeting, who praised her son’s legacy and how much he did for The Prince’s Trust.

She said: “It made me really proud to hear that and know how many young people Jamal helped. It keeps me going.”

Speaking of how she deals with her sadness, she said: “Everyday I put one foot in front of the other.

“There’s triggers that I don’t know what they are. You’ve got to allow yourself to be able to grieve and to cry when I want to cry. And then I’ll pick myself up and say ‘let’s get on with this.’”

What do you think of this story? Let us know over on our Facebook page @entertainmentdailyfix.