Peter Andre took aim at his critics after buying his son, Junior, an Audi for his 17th birthday recently.

The 49-year-old defended his decision to buy Junior a car.

To mark his big day, Peter bought Junior an Audi – despite his son not being able to drive yet.

Peter posted a short video of Junior and daughter Princess in the new car on his Instagram last week.

“I think he’s loving his new car. Happy birthday son. Now you just have to pass your test,” he captioned the post.

Whilst some of Peter’s 1.8 million followers were thrilled for 17-year-old Junior, others were critical.

“Omg why would you buy a young boy a car like this. He is at boy racer age… It’s beautiful but!!!” one follower commented.

“What happened to having a rusty old banga for a first car,” another mused. 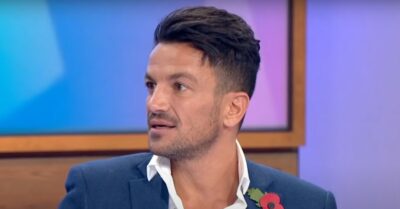 A week later, during his column in New! magazine, Peter hit back at those criticising him for buying Junior a new Audi.

In the new column, Peter spoke about Junior’s 17th birthday – which he described as being “amazing”.

“I may have spoilt him with an Audi A1, which is the one he really wanted, but it wasn’t brand-new – so it wasn’t exactly what he wanted!” he said.

“I don’t think a new car would set the right example. He’s started lessons and I’m sure it won’t be long until he’s on the road,” he added.

He then went on to say that Princess was very happy for Junior. She even asked if the car could be handed down to her when she turns 17. 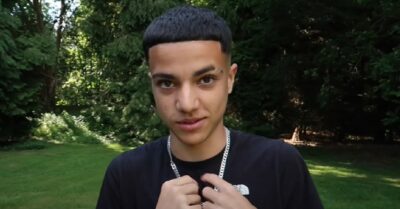 Kourtney, who is married to rockstar Travis Barker, allowed her son to get a mohawk.

Peter defended Kourtney’s decision, which has drawn criticism, arguing that parents have a right to do what they feel is right for their kids.

Peter went on to say that he’s changed as a parent over the years.

He then said that years ago he’d told Junior that the colour blue was for boys and pink was for girls. However, these days, he lets Princess put makeup on him.

“My point is, people will always criticise but you’ve got to do what feels right for you and your kids,” he said.