How did Billie-Jo Jenkins die and why was her foster father convicted of her murder?

How did Billie-Jo Jenkins die and why was her foster father convicted of her murder?

The brutal murder of teenager Billie-Jo Jenkins shocked the nation in 1997 and still remains unsolved today.

Billie-Jo was just 13 years old when she was found bludgeoned to death in her foster parents’ back garden.

Although her foster father, Siôn Jenkins, was originally convicted for the murder, after spending six years in prison, he was formally acquitted.

So how did Billie-Jo Jenkins die and why was her foster father convicted?

Here’s everything we know about the disturbing case of Billie-Jo’s death as Channel 5 repeats its harrowing documentary tonight (June 21). 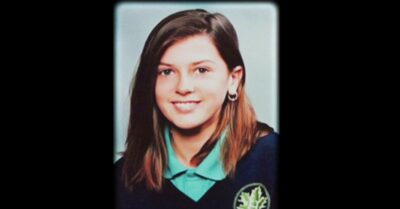 Billie-Jo Jenkins was found dead in her foster family’s back garden (Credit: Channel 5)

How did Billie-Jo Jenkins die?

On 15 February 1997, Billie-Jo Jenkins was found bludgeoned to death with a metal tent peg in her back garden.

The 13-year-old girl had been painting the patio doors at the back of the house while the rest of her foster family – including foster siblings Annie, Lottie, Esther and Maya – were out.

However, when her foster father returned from a shopping trip with Annie and Lottie, he found Billie-Jo in a pool of blood on the patio.

That day, Mrs Jenkins had taken the youngest two girls out, while Siôn was at home with Annie and Billie-Jo.

While Annie was helping Siôn wash his car at the front of the house, Billie-Jo was painting in the back.

Mr Jenkins then went out to collect Lottie from her clarinet lesson.

He returned to the house briefly, before setting off in the car again with Annie and Lottie to buy white spirit from a DIY store.

They then returned empty-handed after he forgot his wallet and discovered Billie-Jo’s lifeless body in their back garden.

She was left with extensive head injuries after she was struck at least five times with a tent peg.

Why was her foster father convicted?

The death of Billie-Jo Jenkins still remains one of the biggest mysteries in the UK.

Little over a week after her death, Siôn Jenkins was arrested on suspicion of murder and officially charged with Billie-Jo’s murder on March 14.

The prosecution later claimed that Mr Jenkins killed Billie-Jo and that the aborted shopping trip was made to create an alibi.

At his trial in 1998, tiny spots of Billie-Jo’s blood were found on Siôn’s clothing.

However, Mr Jenkins argued that it came as a result of him trying to help Billie-Jo.

Nonetheless, he was convicted of the crime and spent six years in prison.

A first appeal by Mr Jenkins against his conviction failed in 1999.

However, after a second appeal in 2004, a re-trial was ordered and Siôn Jenkins was released on bail.

After two-retrials, where the jury was unable to reach a verdict, he was formally acquitted. 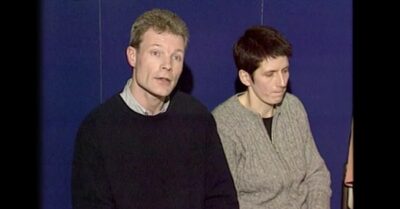 Siôn Jenkins was convicted for the murder of Billie-Jo Jenkins before being acquitted (Credit: Channel 5)

Why was Billie-Jo Jenkins’ fostered?

Billie-Jo Jenkins was in foster care during the time of her death.

The 13-year-old lived in Hampshire with her foster parents, Siôn and Lois Jenkins, and their four daughters.

Siôn Jenkins was a deputy head teacher, while his now ex-wife Lois was a senior social worker.

Billie-Jo’s biological mum was forced to give her up as a child after the girl’s dad was sent to prison and she struggled to cope on her own.

However, Billie-Jo was still allowed to visit her biological parents, Deborah Barnett and Bayard Jenkins, regularly.

Where are her foster parents now?

The lives of the Jenkins family has changed drastically since Billie-Jo’s devastating death and Siôn’s initial conviction.

After spending six years in prison for the murder of Billie-Jo, Siôn Jenkins now goes by the name Charles Jenkins.

My life following the murder of Billie-Jo was nearly destroyed.

He is also remarried to millionaire divorcee and former Miss Southsea beauty queen Christina Ferneyhough, after she wrote to him in prison.

Siôn later went on to publish a book about Billie-Jo’s death called The Murder of Billie-Jo.

In the book, he explains how his life following the murder was “nearly destroyed”.

He said: “My life following the murder of Billie-Jo was nearly destroyed, but I have one advantage over my daughters, in that I’m an adult.

“They will need time. But I will have to face the fact that I will not get those lost years back.”

During Mr Jenkins’ trial, Lois Jenkins also alleged that Siôn had been violent to her and their daughters.

She went on to divorce him while he was in prison and moved to Australia, taking their four daughters with her.

Lois Jenkins now lives in Tasmania with her new partner Vince Ives, a martial arts expert, and their son. 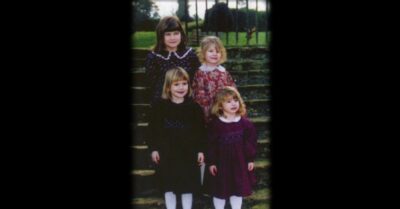 Does Billie-Jo Jenkins have any siblings?

Siôn and Lois Jenkins already had four daughters of their own before they fostered Billie-Jo.

Billie-Jo also had a biological sister named Margaret who was nine at the time of Billie-Jo’s death.

Read more: The most gripping true crime documentaries to watch in the UK after Murder By The Coast on Netflix

In an interview with the Mirror, Margaret said she wished she had taken Billie-Jo’s place, in hope that she’d still be here.

She said: “I wish it had been me, I truly do. She was the best big sister in the entire world and would have made the best mother one day.”

Where did Billie-Jo Jenkins live?

Billie-Jo Jenkins lived with her foster family in Hastings.

The family lived in a three-story Victorian House on Lower Park Road in Hastings, East Sussex.

Where is Billie-Jo Jenkins buried?

Her final resting place is in the City of London Cemetery & Crematorium, in East London.