Fern Britton reflects on the end of her marriage to Phil Vickery: ‘I’d have never predicted it would end like this

Fern Britton reflects on the end of her marriage to Phil Vickery: ‘I’d have never predicted it would end like this

Fern Britton has opened up about the end of her marriage to Phil Vickery – confessing she’d never predicted it would end the way it did.

The 64-year-old’s confession about her ex-husband came during a recent interview in which she talked about her life in Cornwall. 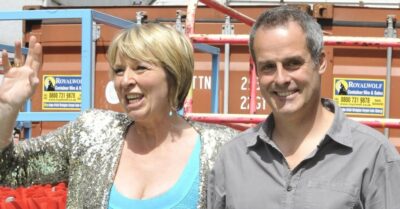 Fern and Phil split after 20 years of marriage (Credit: SplashNews.com)

Back in 2020, after 20 years of marriage, Fern and Phil called it quits on their marriage.

In a new interview with Yours, Fern opened up about the end of her marriage with Phil.

She also discussed her new life as an author in Cornwall.

“No one goes into a marriage thinking it might last five or ten years. But there you are. And who could have predicted I’d have a successful career as an author? Life is full of surprises,” she said. The former This Morning star continued, saying that they evaluated their relationship when Winnie was “substantially” off their hands.

“He’ll never stop being Winnie’s father. The dynamics are still working equally and warmly. Ten years ago, I’d never have predicted it would end like this, but gradually we realised we were running out of road,” she said.

Fern then went on to say that her parents’ marriage didn’t last long, however, her mother never had a bad word to say about Fern’s father.

She said that this is the case with herself and Phil too.

“He lives 300 miles away and, as far as I know, he hasn’t met anyone new. As for me, I’m not even looking. Nor is there a queue of suitors at the door, which I find liberating,” she said. 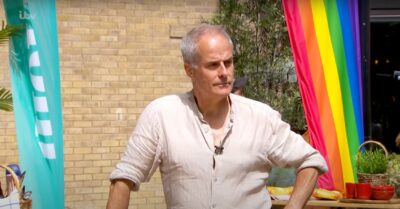 Phil hasn’t found anyone new, according to Fern (Credit: ITV)

Back in 1988, Fern married Clive Jones, a TV executive. They had three children together before their split in 1998.

During a recent appearance on the Walking The Dog with Emily Dean podcast, Fern opened up about how jealousy caused a rift in their marriage.

Fern explained that an IQ test the couple did marked the beginning of the end of their marriage. Fern passed the IQ test, whilst Clive didn’t.

“He had this degree and I don’t. I secretly went off and did the Mensa,” she said. “I lied, I said I was going somewhere else, and it took a day to do this test.”

“I passed — and quite well too,” she continued.

“Then he was furious so he did it because he’s got a huge brain. But he’s not a problem solver and he didn’t get it. So an immense rift opened,” she said.