Coronation Street viewers think they know who is behind Max Turner’s blackmail.

Max sent a naked photo, thinking he was sending it to his classmate Sonya.

However he soon realised he had been tricked and is now being blackmailed. 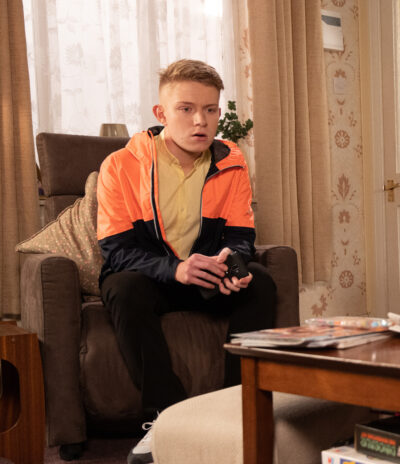 Max sent a photo thinking it was going to Sonya (Credit: ITV)

Read more: Who plays Max Turner in Coronation Street? How old is Max and what’s next for the teenager?

Max recently developed a crush on Sonya, who also attends his school.

He thought they had been messaging online and arranged for them to have dinner in the Bistro.

In last night’s episode (Monday, June 20) his new school friends Chris and Blake gave Max a condom in case he and Sonya were to sleep together.

Max prepared for his date with Sonya and was shocked when she appeared to ask for a photo of the whole package so she could see what to expect.

Later the teenager sent the picture to the number, thinking it was going to Sonya, and later met her at the bus stop. 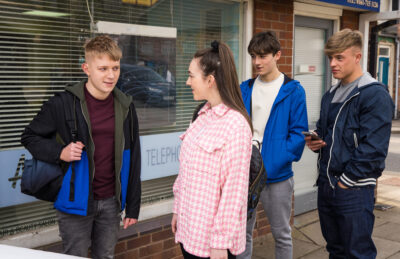 He soon took her to the Bistro and as Max talked about some of their conversations over text, she was confused.

Sonya told Max that she thought he just wanted to talk about the film from school.

Max told Sonya that he asked her out over text, but she said the only message she received was from an unknown number saying it was him, asking to meet to talk about the film.

He said they’ve been messaging for weeks and he sent her a photo, but Sonya said she’d only spoke to Max that day about meeting up. 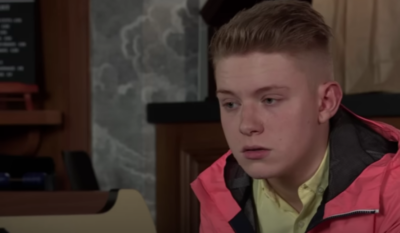 Max realised he had been tricked (Credit: ITV)

They realised they’d been set up and Sonya left.

Max wanted answers from the person he had been messaging and text them. However the person on the other end demanded £1k or his naked picture would be posted online.

But viewers are convinced that Blake and Chris are the ones who are blackmailing Max.

It's the lads, 100 %. Nobody else knew about Max's feelings for Sonia #Corrie

Look no further than your so called "Mates" Max #corrie

Be them lads Max’s so called friends.

Gotta be one of that group

What will Max do?