Ellie & Natasia on BBC Three: When does it start, how many episodes is it and who’s in the cast?

Ellie & Natasia on BBC Three: When does it start, how many episodes is it and who’s in the cast?

After a successful pilot in 2019, the sketch show Ellie & Natasia gets a full series on BBC3 – so who’s in the cast?

Ellie & Natasia is BBC3’s newest comedy show and sketches send up the likes of Greek-Cypriot entrepreneurs, YouTubers, wild swimmers and even Saturday Kitchen!

The characters include a pair of vlogging mums, and a posh-boy chef who only knows how to cook pasta pomodoro.

Here’s everything you need to know about the comedy sketch show, written by and starring comedians Ellie White and Natasia Demetriou. 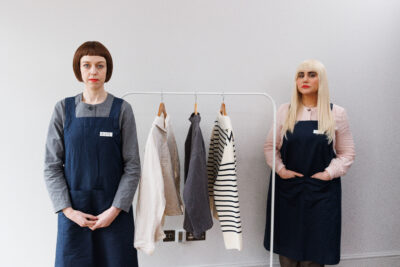 When is the Ellie & Natasia start date?

Episode 2 follows immediately after at 10.15pm.

The rest of the series continues every Tuesday at 10pm.

All episodes will be available on BBC iPlayer.

How many episodes are there of Ellie & Natasia?

Ellie & Natasia on BBC Three has six episodes in total.

Each episode is 15 minutes long, which is perfectly bite-sized!

Several sketches appear in each episode. 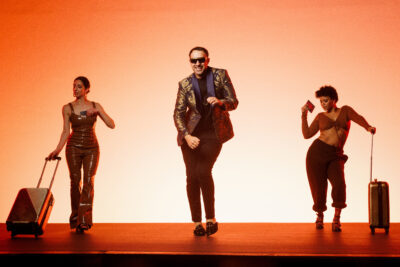 Jamie Demetriou pops up in the cast of Ellie & Natasia (Credit: BBC3)

Ellie and Natasia cast on BBC3 – who is Ellie White?

The talented duo met at Bristol University but have become successful apart.

Comedy fans will recognise Ellie White for her role as Cathy in The Other One.

She’s also played Beatrice in the royal-parody show The Windsors, Radio in Bloods, and April in Semi-Detached.

She is set to make her name in film with a role in the new Wonka movie, due for release next year.

Who is Natasia Demetriou in the cast of Ellie & Natasia?

Natasia Demetriou is well-loved for her role as Nadja in BBC Three’s series What We Do In the Shadows.

Her other TV roles include This Time with Alan Partridge and Pls Like.

Other roles include Carmen in Toast of Tinseltown, Svetlana in Teenage Euthanasia, and Tash in Year Friends. 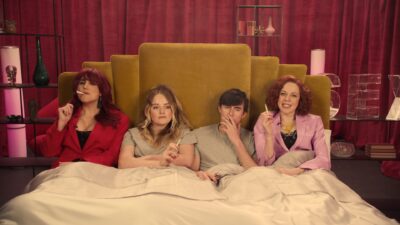 Who guest stars in the cast of Ellie & Natasia on BBC3?

Cameo’s from some great British comedy talent also appear throughout the show.

In episode one, he pops up in a pitch-perfect hip-hop spoof.

Of course, comedy fans will know Jamie Demetriou for his roles as Bus Rodent in Fleabag and as the Professor in Paddington 2.

These include Katie Wix who played Carole in Stath Lets Flats, and starred alongside Ellie White in The Windsors as Fergie.

Katie Wix has also seen much success as Mary in the BBC comedy hit Ghosts.

Another Ghosts star, who also featured in Stath Lets Flats, Kiell Smith-Bynoe features in sketches on the show.

Are you excited for this new sketch show? Leave us a comment on our Facebook page @EntertainmentDailyFix.