A Social Media Murder on BBC One: Who killed Olly Stephens and why? Where are his murderers now?

A Social Media Murder on BBC One: Who killed Olly Stephens and why? Where are his murderers now?

The death of Reading schoolboy Olly Stephens is by far one of the most appalling crimes in recent history – but who killed him and why?

Where are his killers – teenagers themselves – now and was social media to blame?

Here’s everything you need to know about the horrifying murder of teenager Olly Stephens, and why he was stabbed.

A heartbreaking edition of Panorama focuses on his death on Monday June 20 2022 at 8pm on BBC One.

Read more: Getting Away with Murder: Who killed Mary Gough and why? Where is her husband Colin Whelan now?

Who was Olly Stephens and what happened to him?

Olly Stephens was a teenage schoolboy living in Reading with his family.

His dad Stuart Stephens and mum Amanda described him as a “huge character”.

They said in a statement after his death that “he made people laugh, he could dance with the best of them, and gave his love freely”.

He mostly liked to be in his room, gaming and listening to music.

A teenage girl lured him to Bugs Bottom, near Reading.

Two teenage boys she had met online then stabbed Olly to death.

While he knew the girl, he had never met the boys before although they lived locally.

How old was Olly Stephens when he was killed?

Olly Stephens was just 13 years old when he died. 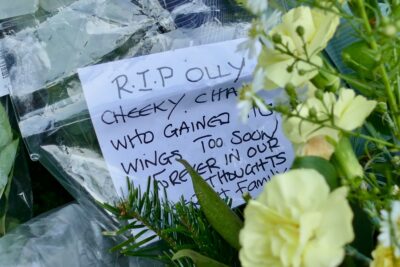 Read more: Sherwood on BBC One: How many episodes is it, is it a true story, and is Sherwood a real place?

Why did the killers target Olly Stephens?

Olly Stephens was stabbed after a dispute with two boys his age on chat group Snapchat.

In the weeks before he was killed, Olly had seen an image of a younger boy being humiliated on the platform.

He tried to alert the boy’s older brother by forwarding it on to him.

When two boys who were in a Snapchat group with Olly became aware he had passed it on, they were furious.

DCI Howard says those boys thought Olly had been “snitching” and “grassing on them”.

This led to the fallout and Olly’s subsequent death.

The entire attack on the 13-year-old was planned on the social media platform and triggered by the petty dispute.

It was only after Olly Stephens was murdered, in a field outside his home in Reading, that his mum and dad realised the violent and disturbing world their son had been exposed to through his phone.

A teenage girl lured Olly to a field in Emmer Green, Reading, after being recruited online.

There, two of his former friends stabbed him to death.

He had met them online and had never met the fellow teenagers face to face.

They were lying in wait for him, and subsequently stabbed him.

How many times was he stabbed?

He was stabbed twice when he arrived at the scene.

Another wound in his chest was 9cm (3.5in) deep, the jury heard. 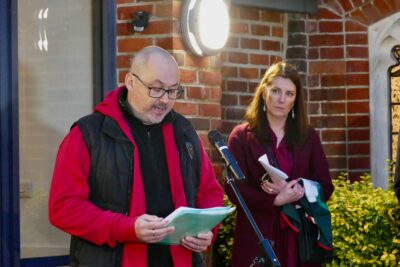 How did he die?

Olly bled to death after being stabbed.

He bled to death.

An inquest into Olly’s death heard how he was found by a passing member of the public, who attempted to resuscitate him before ambulance crews arrived and took over.

Despite the efforts, Olly died at the scene and his father had to identify his body.

“Police and the ambulance service were called to an incident in the park following a report that a 13-year-old boy had been stabbed.

“Although Olly received CPR from a member of the public and treatment from ambulance personnel, I understand he passed away at the scene.

“A post mortem examination has been undertaken and the cause of his death was identified by a pathologist as stab wounds to the chest.

“Olly was identified by his father at the scene and subsequently by way of fingerprints.”

When was Olly killed?

Thirteen-year-old Olly Stephens left home for the final time on the afternoon of Sunday January 03 2021.

It was the Sunday after Christmas, and the family were preparing to go back to work and school the next day.

Olly told his parents he was meeting a friend nearby.

Last January, Amanda and Stuart Stephens watched their son from separate windows as he left home.

They could not have known that it would be the last time they ever saw him alive.

Olly wandered over to a field, Bugs Bottom, opposite their house wearing sliders on his feet, with his phone in hand.

Fifteen minutes later, he had been murdered.

The phone he was holding would later provide the answers to what had happened.

His parents would later admit their shock at the disturbing world of violence and hate that their son and his friends had inhabited through their phones. 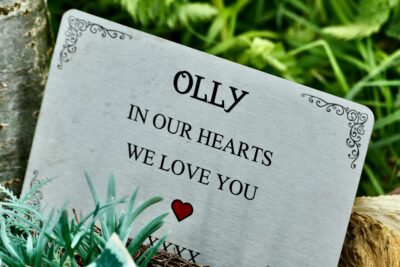 Friends and family of Olly Stephens were left devastated by his murder (Credit: Geoffrey Swaine/Shutterstock)

Who are Olly Stephens’ killers?

The 13-year-old girl who led Olly to the park was convicted of manslaughter.

The three teenagers were sentenced to custody in young offenders’ institutions.

Following the trial at Reading Crown Court, the two boys were given life sentences.

This means they will serve minimum terms of 12 and 13 years respectively.

The girl was given three years and two months.

Judge Heather Norton told the three teenagers: “Whatever part each of you played – great or small – what you did that day was utterly cruel and totally pointless.

“You have taken one life, damaged your own futures and you have caused so much pain to so many people.

“The effects of what you did will stay with you and with Olly’s family forever.”

Their identities are protected because they are minors.

Thames Valley Police said at the time: “Please note, due to the ages of the defendants in this case, it is against the law to publish or post on social media any details which names them or may identify them.”

Where are Olly Stephens’ killers now?

This means they will serve minimum terms of 12 and 13 years respectively.

The judge handed the girl three years and two months. 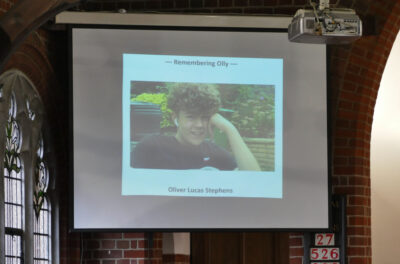 One of Olly Stephens’ killers appealed the sentence due to his Asperger’s diagnosis.

Earlier this year, the 15-year-old boy who murdered Olly Stephens saw his appeal to overturn his conviction thrown out.

His defence argued that the 15-year-old’s Asperger’s syndrome diagnosis should have been considered during his trial.

But the bench at the Court of Appeal emphatically dismissed the application as they deemed the boy’s condition had “no relevance” to the circumstances of the incident.

Lord Justice Davis said: “In our view, at its heart, this was a straightforward case.

“He came to the scene with a knife.

“When he saw his friend getting the worst of it, he pulled out a knife and used it.

“Given the nature of the wounds, the jury clearly rejected his account.

“There is no possible risk in this case the jury’s verdict was unsafe.”

Was Olly Stephens an only child?

Olly Stephens was not an only child.

He left behind his big sister Emilia.

She paid an emotional tribute to him following his death.

Emilia said: “I’m so sorry I failed you, I wish I could have saved you from it all.

“We will get justice for you my angel.”

After his death, parents Stuart and Amanda have been left with “an empty house”.

Dad Stuart said: “He was a quarter of the family, but 80% of the entertainment.

Olly received an autism diagnosis just weeks before he was murdered.

His parents said in a statement after his death: “His autism and suspected PDA [pathological demand avoidance] was never seen as a problem by us, just something we would all work together to understand, to overcome his fear of feeling different.

“Since moving to secondary school, he had found education and learning difficult, but he made up for this in so many other ways.

‘We had just got him to understand that autism was a gift, something that made him unique.

“We loved him for it and always will.”

During an impact statement at the trial, dad Stuart said: “We are strong enough to deal with most problems thrown our way but this has completely broken us.

“He knew no sense of danger, he stood up for himself in a confrontation and was unable to back down, but was kind and loving.”

What school did Olly Stephens go to before he was killed?

After his death, the school posted a condolence message on their official website.

It read: “We were very saddened to hear about the tragic death on Sunday of a Year 8 student at Highdown School, Oliver (Olly) Stephens.

“Our deepest condolences go out to his family and friends.

“We also wish to express our solidarity with the staff and students and Highdown School, led by Ms Rachel Cave.

“We, as part of the Reading community, should be doing all we can to help Thames Valley Police with their investigation and to support Olly’s friends and family at this very difficult time.”

What was social media’s role in Olly Stephens being killed?

He told the BBC: “They hunted him, tracked him and executed him through social media.

“Social media is not guilty of the murder, but it did nothing to protect him, and without it he’d still be here.”

Thames Valley Police say Olly’s story stands out because of the huge role social media played in the case.

And they fear that the evidence of bullying, and violent videos featuring knives found on the killers’ phones, is just “the tip of a very large iceberg”.

Olly’s mum Amanda said: “It’s this secret world where you can do and say exactly what you want.

“It was a world that we had no idea existed [and] that he was being attacked by it.”

In fact, 90% of the evidence at Olly’s murder trial came from mobile phones as a result of all the digital evidence.

A Huddersfield University’s Applied Criminology and Policing Centre study found that social media is a key factor in almost a quarter of crimes committed by under-18s.

Most of these were acts of violence that started with confrontation online.

The BBC documentary series looks at the case of Reading teenager Olly Stephens.

A teenage girl lured him to his death.

Olly’s killers planned the attack on the 13-year-old on social media.

A dispute on a chat group triggered the murder.

She exposes how Olly’s social media accounts were recommending violent videos, as well as knives for sale.

Panorama: A Social Media Murder – Olly’s Story airs on Monday June 20 2022 at 8pm on BBC One, and will be available to watch on BBC iPlayer afterwards.

Do you blame social media for the death of Olly Stephens? Leave us a comment on our Facebook page @EntertainmentDailyFix.