The Hairy Bikers: Si King admits ‘it was all fun and games’ until pair made ‘morbid’ discovery

The Hairy Bikers: Si King admits ‘it was all fun and games’ until pair made ‘morbid’ discovery

Si King admitted that being in the Hairy Bikers was “all fun and games” until the pair realised they were both morbidly obese.

The Northern chef duo, completed by Dave Myers, were known for their indulgent recipes as they travelled the world, tasting their way through global cultures.

But their style changed drastically over the years, with the pair now focussing on fresh, wholefoods and recipes that are good for the body, as well as the soul. 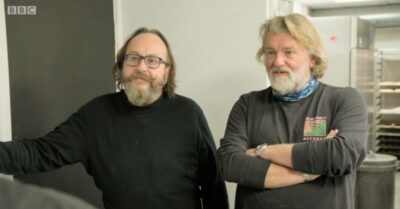 Speaking to iNews in an interview last month, Si said: “We were eating a lot and making all the wrong choices.

“It was all fun and games until we realised we were morbidly obese.”

Myers, 64, recently announced that he is going to have a “quiet” year this year, having been diagnosed with cancer.

It was all fun and games until we realised we were morbidly obese.

He mentioned it on the Hairy Bikers – Agony Uncles podcast, saying: “I’ve got to have some chemo… so this year is going to be a bit quiet for me… But look, the prognosis is OK, I’m going to be fine.”

Currently going through chemo, he joked last week about being a “baldy biker” for a while – but he seems to be doing well. 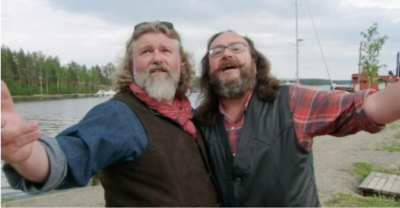 Si and Dave are on TV this weekend (Credit: BBC)

The Hairy Bikers’ current series was filmed in Asia prior to Dave’s diagnosis.

“He is pretty focused on his treatment and he’s being typically Dave, which is tough as an old boot. He has his family around him, and I’m there to support him, so he’s doing OK.”

And the pair aren’t letting the cancer diagnosis stop them from enjoying themselves.

They took part in the Jubilee Pageant Parade over the most recent bank holiday weekend.

On the Sunday afternoon, the pair joined a load of British stars to celebrate the Platinum Jubilee celebrations.

Sharing a post on Instagram on (Tuesday, June 7), Dave and Si put up a few photos of their day – and they both looked on top form.

They told their 171k followers: “What a great weekend we had! We could do it all over again, so when’s the next one?”

The Hairy Bikers Asian Adventure is on BBC2 on Sunday, at 11.15am.