Presenter Kym was joined on the Friday (June 17) episode of the programme by her father and also her mother Pauline.

Dave, 77, was diagnosed with incurable prostate cancer after delaying getting a check-up during the earlier stages of the pandemic. 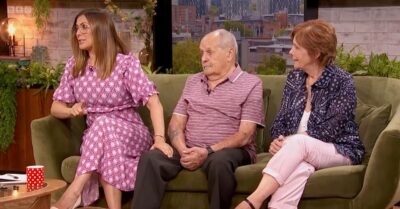 She also revealed she attended a hospital appointment with her father for the first time when the news was delivered.

Read more: Kym Marsh confirms her return to Coronation Street after quitting in 2019

However, while the family had steeled themselves for the development, they are glad the cancer hasn’t spread to Dave’s organs.

And that means he can still receive treatment as scheduled. 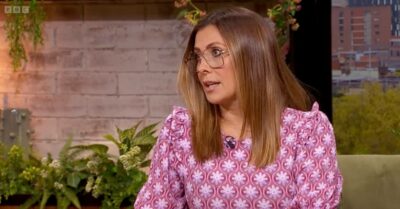 Kym Marsh open up about her dad on Morning Live (Credit: BBC)

‘We were expecting that the cancer had spread’

Kym explained: “We were expecting that the cancer had spread because of [his] latest PSA blood results.

“His PSA level had risen again in the blood, so we had expected that the cancer had spread.

“We were just concerned at how far it had spread and whether or not they were going to be able to give [him] any more treatment.”

The ex Hear’Say singer continued: “The good news was that although it had spread, it’s not gone to any of his organs. So they were able to offer him another form of treatment, which is called radium.” 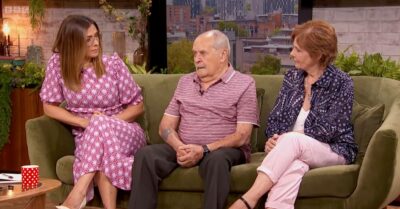 Dave also urged any viewers with concerns of their own to seek medical advice as soon as possible (Credit: BBC)

Kym’s mum Pauline also spoke emotionally about her relief at receiving support while Dave is unwell.

“For the first time, we’ve got Macmillan nurses on board which is brilliant,” Pauline said.

“I know I’ve got my family but I hadn’t had support from anywhere else and I didn’t really know what to do. Dave didn’t really understand his painkillers and how to take them but they’ve explained all of that.”

Don’t linger, just get it done.

Dave also urged any viewers with concerns of their own to seek medical advice as soon as possible.

He said: “I should have done and I didn’t and this is what’s happened to me.

“If there are any men out there, if you think you need a check, get it done.

Morning Live airs on weekdays on BBC One at 9.15am.