Eurovision Song Contest 2023 to be held in the UK following Sam Ryder’s triumph?

Eurovision Song Contest 2023 to be held in the UK following Sam Ryder’s triumph?

The Eurovision Song Contest 2023 could be held in the UK next year, according to reports.

Sam Ryder came second for the UK last month, the country’s best result since 1998. However, he was beaten to the top spot by Ukraine.

As a result, Ukraine would normally be the ones to host next year’s competition as the winners of the show.

Sadly, due to the current political climate in Ukraine, that simply isn’t possible. 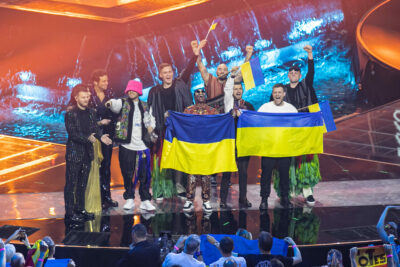 The UK could be hosting Eurovision 2023 next year (Credit: Splashnews)

As a result, the UK is being considered as a possible host for Eurovision 2023.

The EBU said in a statement it had conducted the study with Ukrainian state broadcaster UA:PBC and found that “security and operational guarantees” required to host the event cannot be assured.

“As a result of this decision, in accordance with the rules and to ensure the continuity of the event, the EBU will now begin discussions with the BBC, as this year’s runner-up, to potentially host the 2023 Eurovision Song Contest in the United Kingdom,” it said in a statement.

Following the announcement, the BBC released a statement of its own.

It said it is happy to discuss hosting Eurovision 2023 in a UK city. 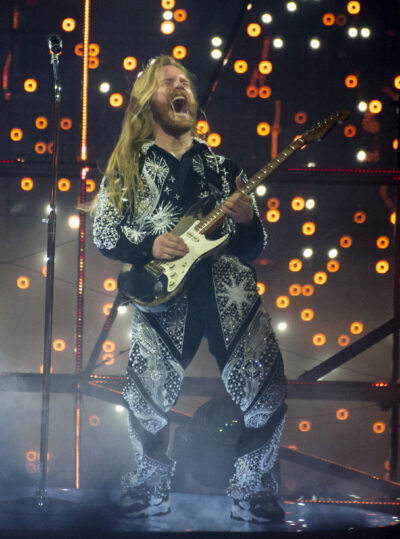 Sam Ryder came second for the UK at Eurovision this year (Credit: Splashnews)

Will the government lend a hand?

A BBC spokesman said: “We have seen the announcement from the EBU. Clearly, these aren’t a set of circumstances that anyone would want. Following their decision, we will of course discuss the BBC hosting the Eurovision Song Contest.”

Clearly, these aren’t a set of circumstances that anyone would want.

When asked if the government would help the BBC foot the bill for the ceremony, the spokesman added: “We’re slightly getting ahead of ourselves in terms of the process.”

“I think it was the perfect night because we got to be there and stand behind Ukraine and stand in solidarity and for me, that is what Eurovision celebrates,” he said.

“It is that unity and togetherness. I would not trade going and performing another year and potentially having the opportunity to get to the number one spot for what we experienced that night,” he continued.

Sam’s second-place finish is the best position the UK has finished in in over 20 years. It also put an end to a two-year run where the UK ended the night with nil points.