The bowel cancer campaigner explained it was recorded “a good while ago” to fans.

However, the episode aired for the first time on E4 yesterday evening. It saw Deborah encourage people to “smash taboos” and open up about their faeces. 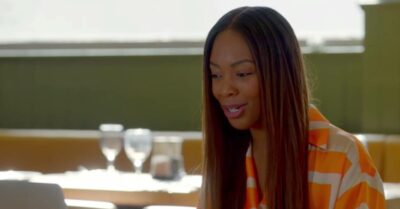 Brave Deborah is currently receiving end-of-life hospice care at home. Last night’s episode was recorded while she was still in hospital.

She told viewers to not be embarrassed about monitoring their bowel movements, insisting it helps saves lives.

She also spoke with Dr Tosin about her initial symptoms before diagnosis. 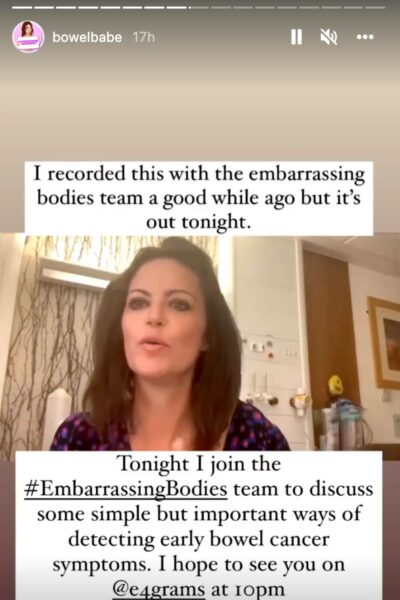 “The biggest thing that I had was a change of bowel habits,” Deborah said.

“I started going to poo – we need to say that – eight times a day. And I used to be once a day kind of girl.”

“I remember drinking loads of cups of coffee just to try to keep myself awake,” she said.

I had a gut instinct that something wasn’t right.

She went on: “Then I started losing loads of weight and I started pooing blood.

“For me it was the combination of these changes that led to me having a gut instinct that something wasn’t right.”

On #EmbarrassingBodies tonight, the inspirational @bowelbabe speaks about her experience with bowel cancer and why we should all be talking about our poo

Catch it on E4 at 10pm tonight 🧑‍⚕ pic.twitter.com/lrFe1zB4ZD

After the show, Deborah took to Instagram Stories again to clarify a point she felt may have confused viewers.

Obviously, just to remind you, it was filmed a while ago in case you were wondering how I’m so sprightly!

She repeated her note from a previous upload that said her segment was filmed “a while ago”. 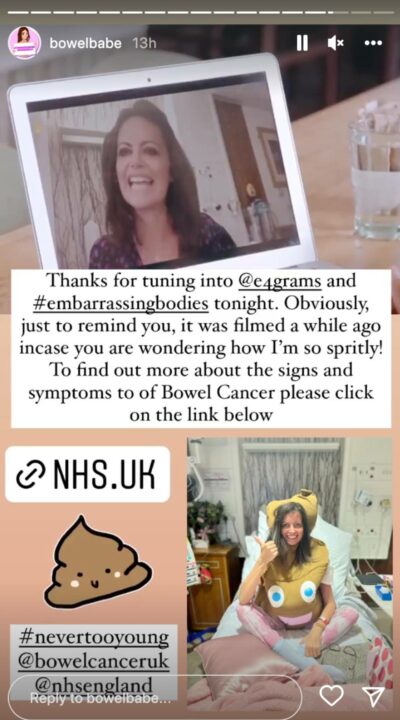 Deborah shared a message after the show aired (Credit: Instagram)

She wrote in her follow-up post: “Just to remind you, it was filmed a while ago in case you were wondering how I’m so sprightly!”

Viewers who tweeted about the show clearly appreciated her appearance and wider contributions.

One person wrote: “Dame Deborah Anne James is absolutely incredible she is helping sooo many others she is such an inspiration.”