During the ITV3 episode aired on Thursday, June 16, Eileen’s eldest son arrived on the cobbles.

And it’s fair to say viewers were excited to see his episodes had begun. 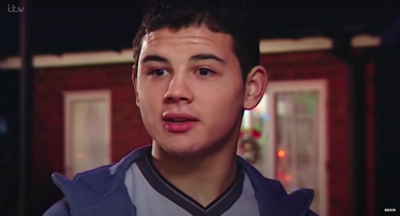 Viewers react to arrival of Jason Grimshaw in Coronation Street

Fans were thrilled to see Jason join the show.

Others added cries of “It’s Jason!”

One wrote: “It’s Jason,” followed by a heart-eyed emoji.

“I miss Jason,” added another adding the hashtag “bring back Jason Grimshaw”. 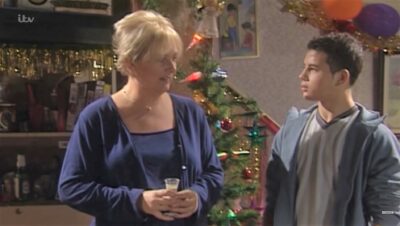 Eileen was thrilled to see her son (Credit: ITV)

Who was Jason Grimshaw in Coronation Street?

Jason Grimshaw in Coronation Street was Eileen‘s older son, and the big brother of Todd.

Fitness fan Jason arrived on the cobbles to surprise his mum on Christmas Day in 2000.

He immediately caught the eye of Toyah Battersby.

But during his time on the Street he romanced almost every woman living on it!

He had (two!) weddings with Sarah Platt, but he left her after she revealed she’d set her brother, David up.

Also on his list of conquests were Maria Connor, Candice Stowe, Rosie Webster, and Becky Granger. Jason was emotional when he left (Credit: ITV)

When did he leave?

However Tony wasn’t responsible for Callum’s death (Kylie Platt was), but Tony had died just two months after Callum did and wasn’t able to defend himself.

Jason’s van was torched in the builder’s yard and he believed it was Callum’s mates – but it was actually manipulative Pat Phelan.

Pat convinced Jason to leave Weatherfield and leave him in charge of the builder’s yard. Jason soon headed off for Thailand and hasn’t returned.