James Martin attended the Royal Ascot today with his girlfriend Louise Davies and his fans were wowed by his outfit.

The chef, 49, looked very dapper in a black suit, pink waistcoat and a top hat.

James shared a couple of photos to his Instagram as he also attended with fellow chef, Galton Blackiston.

The star wrote: “Me and the nutter @chefgaltonb! First time I’ve been to Ascot…he kindly invited me.”

Another joked: “You two don’t scrub up too bad, enjoy guys! No causing carnage in front of the royals.” 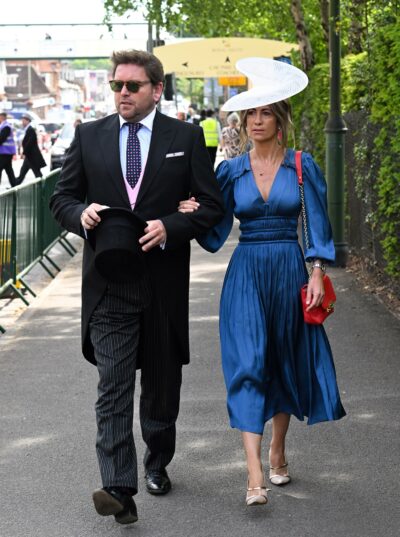 James was seen arriving at Ascot with his partner Louise.

Louise looked gorgeous in a blue satin dress and a white hat.

She paired the dress with a red handbag.

James usually keeps his relationship private from the limelight. 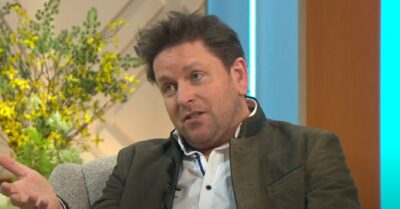 It’s believed they fell for each other in 2011.

However, James previously said that he wouldn’t ask Louise to marry him.

This is because he didn’t want to splash out on a wedding.

Speaking to the Sunday People in 2019, James explained: “It doesn’t interest me in the slightest, mainly because I’ve catered for so many weddings, really. 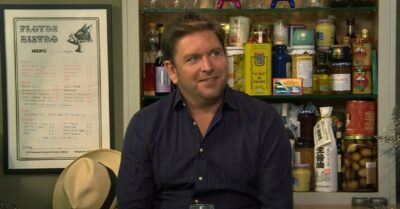 Earlier this month, James announced his cooking show – James Martin’s Saturday Morning – would be taking a break over the summer.

He said on Twitter: “Sadly our last show before the summer break today, but we will be back!”

Fans were gutted by the news as one tweeted: “Saturdays just won’t be the same. Enjoy your summer, but don’t forget to come back.”

Another said: “Gutted! My Saturday mornings won’t be the same.”

A third wrote: “My favourite part of Saturday!”