Co-host Naga was on the red sofa with Charlie Stayt for Thursday’s (June 16) show. And they had plenty of fun joking around with Carol, based at Ascot racecourse.

Carol, however, laughed off remarks from both Naga and Charlie whenever the hosts linked to and from the weather reports. 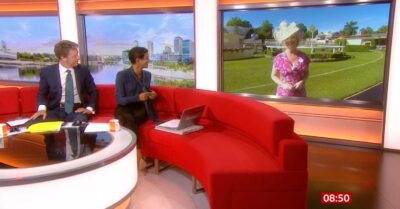 One cheeky crack Naga made about Carol’s hats came in on the final weather updates on the show.

She picked up on how Carol had earlier promised she had four hats to show off. However, that didn’t seem to be the case.

“I’m sure you’ll tell me off for remembering this,” Naga began. “But I thought you were going to have four hats?”

Carol explained she’d decided to stick with three – but wanted to show off all sides of the one she was currently wearing. 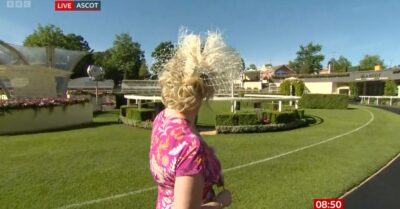 Revealing the back of her hat (Credit: BBC iPlayer)

Carol went on: “Less is more. But can I show you the back of this one?”

As Carol did a twirl, Naga quipped: “Ah I always think the back of your head looks much better!”

I always think the back of your head looks much better!

An amused Carol turned back and then unfurled a veil. 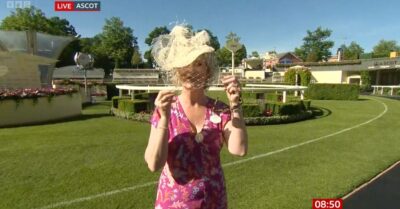 Enjoying Carol’s comeback, Naga joked she would be in trouble when they next see each other over her swipe.

“Carol, I love you!” Naga laughed.

Returning to the hat, Naga continued: “It is beautiful, it is absolutely stunning.” 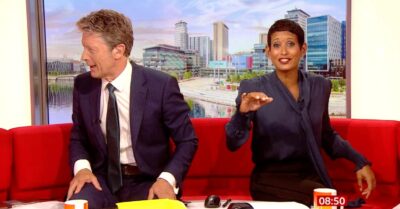 Charlie and Naga reflect on the joke (Credit: BBC iPlayer)

Charlie then joked he had heard an “audible ouch” from guest Sara Dallin and Keren Woodward of Banarama when Naga joked about the back of Carol’s head.

And Keren added lightheartedly: “You only say that kind of thing to your best friend, though.” 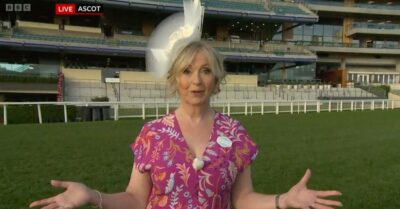 Previously in the show, Charlie had also pulled Carol’s leg about her Ascot fashion.

As Naga praised the “fabulous” hats, Charlie had Carol in hysterics as he compared her head covering to a “satellite dish”.

“Is that the look you’re going for?” he asked.

Despite the early hour, Carol gave back as good as she got after her laughter subsided.

“Well I wanted to beam pictures back to Salford so I thought I wouldn’t take any chances,” she replied.

“You never know what the reception is going to be like!”