Duchess Kate made a moving comment about Prince William in unseen fan footage from the Platinum Jubilee.

The Duke and Duchess of Cambridge visited Cardiff during the Jubilee weekend, with Prince George, eight, and Princess Charlotte, seven.

Captured on June 4, the sweet clip shows Kate, 40, speaking to fans while husband William goes ahead with their children. 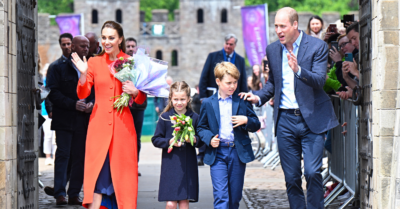 The Duchess of Cambridge says she is in ‘good hands’ (Credit: Splash News)

One lady in the crowd told Kate: “You’re going to be a brilliant Princess.”

Kate looked at her husband William, 39, and replied: “I’m in good hands.”

You’re going to be a brilliant Princess.

The whole gorgeous moment was caught on camera, which was then posted on Twitter and re-emerged on June 11.

At Cardiff Castle, I captured the moment when a lady told The Duchess of Cambridge ‘You’re going to be a brilliant Princess’ and she replied looking at Prince William ‘I’m in good hands’ 💙😭🙌

Twitter users gushed over the short clip, which has since gathered more than 5,000 likes.

One wrote: “Fifi can’t stop watching the footage, whatever was said! I would be going around in a fog after a meeting with Cambridges and be all giddy to be able to film anything decent – you got the assignment and delivered, well done!”

Another commented: “I love this video, she is so cute. She will be a brilliant Princess of Wales when the time comes.”

A third replied: “Such a lovely thing to say, and so humble; she still relies on him to give her direction. Even after 20 years together.” 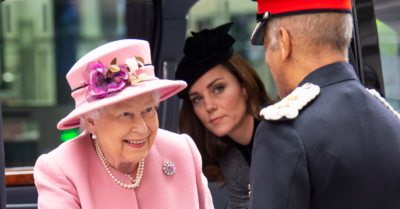 The Cambridges are said to be moving house to be closer to the Queen (Credit: Splash News)

The Cambridges are reportedly upping sticks and moving to a four-bed home in Windsor in the summer, to be closer to the Queen.

Royal commentator Jordon-lee Squibb told Entertainment Daily: “The Queen will be thrilled to have her great-grandchildren so close to her.”