Former reality cast member Mark lined up alongside other celebrities for England as they took on a World XI squad.

But some viewers seemed to feel the husband of Michelle Keegan let his side down after the 35-year-old stepped up for a penalty. 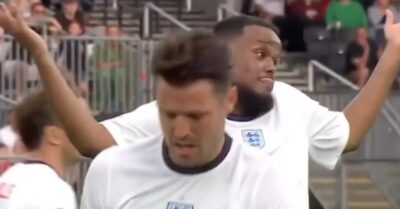 But this penalty was awarded following a foul on YouTuber Chunkz. And it was clear by Chunkz’s body language he felt he should’ve been taking the spot kick.

However, Mark appeared to pay no heed to Chunkz – even as he protested right next to the ex TOWIE personality. 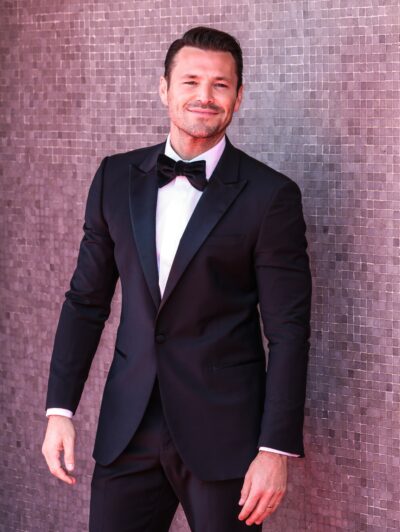 Mark was a player in the Soccer Aid match last night (Credit: SplashNews.com)

Chunkz had seemed set to take the penalty, which would have levelled the scores for the England squad.

However, ex Liverpool player Jamie Carragher appeared to step in and position Mark for the kick instead.

Chunkz is not entirely happy about that.

“Chunkz is not entirely happy about that,” commentator Sam Matterface said as Chunkz raised his arms and shrugged ostentatiously.

Offering some kind of explanation for the awkward moment, Sam added: “Mark is a West Ham fan, he’s buzzing to be playing at their home.”

Having scored, Mark wheeled away to celebrate with other players but did not seem to acknowledge Chunkz.

A post shared by Soccer Aid for Unicef UK (@socceraid)

Some unimpressed viewers accused Mark of ‘taking the moment too seriously’.

“Mark Wright takes this too seriously,” one person posted on Twitter, adding a laughing emoji to their words.

Mark taking the game too serious.

“Mark Wright shouldn’t have took that penalty from Chunkz for real. He’s taking the game too serious #SoccerAid,” agreed another social media user.

Another tweeted: “Mark Wright takes this all too seriously doesn’t he. It’s just a kick about to raise some money.”

“Chunkz getting robbed from his penalty is the biggest bs I have seen this year #justiceforchunkz,” one person wrote.

Meanwhile, someone else complained: “Some of these, like Mark Wright, take this so seriously.

“Mate, it may as well be the football match from Bedknobs and Broomsticks, it’s so ridiculous. #SoccerAid.”

Meanwhile, others praised Mark for his performance as one tweeted: “Great work!”

The game ended 2-2 – but the World XI won on penalties.