Prince Charles prompted the Queen to appear on the Buckingham Palace balcony with a last-minute phone call, a tabloid report claims.

The monarch, 96, lined up alongside Charles, Camilla, the Cambridges and their children last Sunday (June 5).

The appearance came after the Platinum Jubilee Pageant and amid several days of celebrations, which saw the Duke and Duchess of Cornwall, Prince William, Kate Middleton, Prince George, Princess Charlotte and Prince Louis at the forefront. 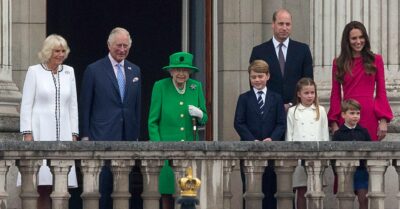 The Queen joined the royals for a slimmed-down family picture opportunity (Credit: SplashNews.com)

Thousands of fans packed into The Mall to grab a glimpse of the royals as they marked 70 years of the Queen’s reign.

And, according to the Mail on Sunday, the outpouring of thanks from fans left the Queen “tearful and overwhelmed”.

However, the tabloid claims the Queen’s final appearance of the Jubilee might not have happened without Charles’ intervention.

A source claims to the news outlet that the Queen – who was not present for several Platinum Jubilee weekend events – only decided to head to London for the balcony showing on the day.

Indeed, the insider claims she made the decision to go from Windsor around three hours beforehand. 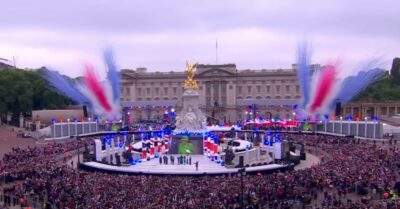 And it seems she was encouraged to attend by her eldest son after revealing how the crowds had turned out.

The source alleged: “She was not feeling brilliant but the Prince of Wales had called her and told her she really ought to come if she could.

“He told her there were so many people desperate to see her and he convinced her to come.” 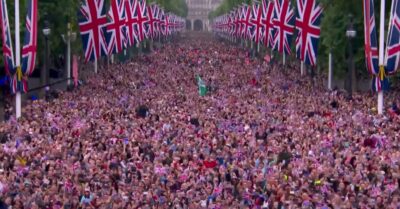 Furthermore, the report claims the Queen was deeply affected by how many supporters made it to the Palace to see her alongside her heirs.

The source continued: “The Queen was totally overwhelmed by the number of people waiting to see her. She had tears in her eyes before she stepped out on the balcony.”

ED! has contacted reps for Prince Charles and Buckingham Palace for comment.