The DIY SOS presenter was telling a story about Her Majesty’s Coronation dress and accidentally got the designer’s name wrong.

The late Sir Norman Hartnell designed the Queen‘s 1953 Coronation dress. However, Nick declared it was late actor William Hartnell who designed it. 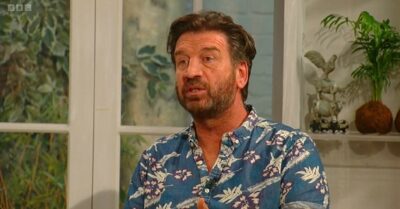 Nick was recalling the moment he reunited one of the Queen’s ladies-in-waiting for her coronation with the dress she wore on the day.

Nick explained: “One of the maids of honour from the coronation found her dress a couple of years ago in a bin bag, wrapped up in the bin bag.

“It had been attacked by moths and all kinds of other things and it looked beyond repair but some amazing restorers had a go at it and we reunited her with her dress 70 years on.” 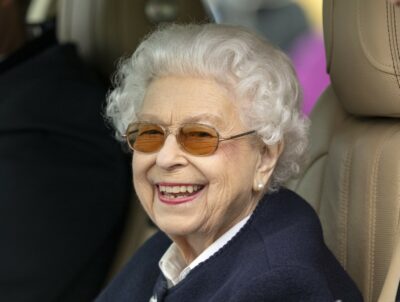 He continued: “It was Lady Rosemary, who is the current Duke’s aunt and at that stage was 19 years old, or 18 years old, chosen by the Duke of Norfolk to be one of the people.

“It was William Hartnell who designed the dresses and he was obsessed about the back.

Nick added: “So to reunite her all these years on… she said, ‘Oh my gosh this is beautiful,’ and I said, ‘You look emotional.’ 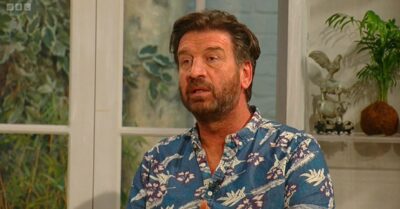 But the story didn’t end there as Nick also said he was told the Queen wasn’t nervous on the big day.

Viewers watching spotted Nick’s designer blunder and called him out on Twitter.

“That Norman Hartnell was brilliant as the first Doctor Who!”

Another wrote: “Seems William Hartnell designed the Queen’s dress for her Coronation….

“Must have been extremely busy with all that acting too!”

A third added: “It was Norman Hartnell. William Hartnell was Doctor Who!!”