Celebrity Gogglebox viewers were left in stitches last night thanks to the banter between Rylan Clark and his mum Linda.

The returning couch potato critics immediately won over fans again, having had to miss out on filming in previous series. This was reportedly due to Linda’s struggles with Crohn’s disease.

But viewers were more than delighted to have the son and mother pairing back on the Friday night Channel 4 series.

Indeed, dozens suggested Rylan and Linda should be given their own show together.

And it was one hilarious scene in particular that aired yesterday (Friday June 10) evening that had fans in raptures. 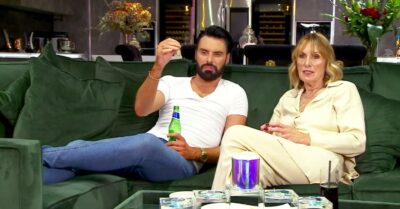 Celebrity Gogglebox fans could not get enough of Rylan and his mum Linda (Credit: Channel4.com)

One of the episode’s earlier set ups showed several famous faces thrill to the Platinum Jubilee skit featuring the Queen and Paddington Bear.

And the reason fans were so amused by Rylan and Linda’s back and forth over it is because Linda appeared to be not entirely sure what she was watching.

“Do you reckon he’s there?” she asked, baffling her son.

“He’s not there, is he?” Linda continued, apparently enquiring whether Paddington was actually in Buckingham Palace. 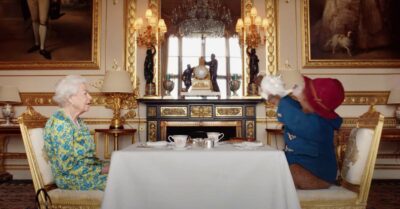 ‘Paddington is not a real bear’

As the pair seemed to become a little tetchier with one another, Linda established what she definitely knew about what they were watching.

“That is the real Queen,” she asserted.

“Yes, but Paddington is not a real bear,” Rylan insisted.

I’ve had this chat with you before.

However, it rapidly became clear that while Linda didn’t think Paddington was real, she did think a puppet was in the room with the Queen.

She went on to ponder whether the monarch could “see” Paddington as the character communicated with her.

But Rylan eventually walked away from his mum in exasperation as she seemed to flounder over the notion of CGI animation.

He replied: “No mum, because it’s not there. I’ve had this chat with you before.” 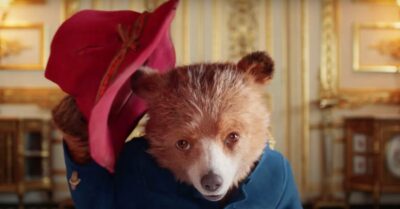 Viewers watching at home took to social media to express how funny they found the segment between Rylan and Linda.

“Ohhh your mum and the Paddington sketch, killed me,” one fan tweeted at Rylan, including three laughing emojis in their post.

Someone else tweeted: “So love watching you two, I always end up crying with lols!!!”

And a third person added: “This made me cry with laughter!”

Celebrity Gogglebox airs on Channel 4 next Friday, June 17, at 9pm.