Prince William and wife Kate have been praised for their parenting skills by one royal expert.

And, despite Louis’ headline-grabbing antics, Jennie Bond has said that the children are “broadly well behaved”. 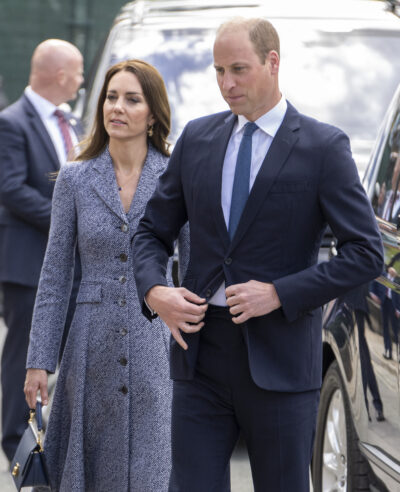 Kate and William showed the kind of parents they are when they made a joke about Louis’ behaviour over the weekend.

They joked: “We all had an incredible time, especially Louis!”

Royal expert Jennie Bond told OK! that Louis, who is four, wasn’t misbehaving at the Jubilee.

Instead she claimed he was just being “mischievous as four year olds are”.

‘As much of a normal upbringing as possible’

She also shared an insight into their family life, claiming that William and Kate are giving their three children “as much of a normal upbringing as possible”.

The family dynamics look to be very normal.

And this, Jennie claimed, means less of the “naughty step” and more communication.

“I think William and Catherine are making a good job of giving their children as much of a normal upbringing as possible. The family dynamics look to be very normal,” she said. The Cambridges included their eldest children in a number of engagements over the Platinum Jubilee (Credit: Splash News)

Jennie then cited that William and Kate have both spoken about the importance of mental health and giving their children “emotional intelligence”.

She said this includes “the space to tell their parents how they’re feeling and what their emotions are”.

“I’ve read that they have a very modern way of parenting where, instead of putting your child on the naughty step, you allow your child to explain why they feel how they do and have a conversation about it so they can express themselves and calm down that way,” she said.

Jennie then commented: “The result seems to be that they are children who are broadly well behaved.”