Sue Barker’s Wimbledon is at an end, with the BBC star stepping down from hosting coverage of the tournament once this year’s competition is done.

The 66-year-old has been at the helm of live sports broadcasting for the BBC for the last 30 years.

Her final Wimbledon match will be on July 10. 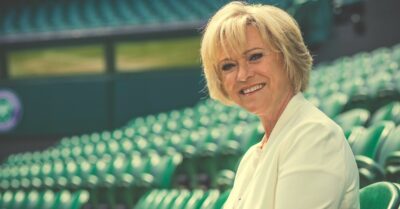 Sue is stepping down (Credit: BBC)

It was announced today (Thursday, June 9) that Sue will be quitting her role hosting Wimbledon coverage this year.

Sue has been hosting coverage of the tournament for close to 30 years – beginning in 1993.

As well as hosting coverage of Wimbledon, Sue has also hosted coverage of the Olympics, the London Marathon, the Grand National, and BBC Sports Personality of the Year.

Read more: A Question of Sport: Paddy McGuinness on the gracious advice Sue Barker gave him before new job

Sue was also the first woman to lead coverage of Wimbledon for the BBC.

Speaking about leaving, Sue said: “What a wonderful time I’ve had working on some of the biggest sporting events around the world.

“I will miss it terribly but after 30 years I feel the time is right for me. I’ve worked with the best of the best.” 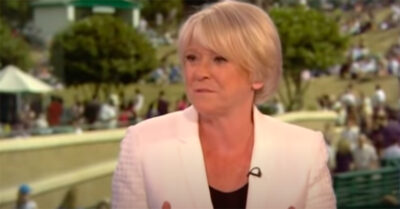 Sue has been hosting coverage of Wimbledon since 1993 (Credit: BBC)

The Director General of the BBC, Tim Davie, had nothing but praise for Sue and her glittering career at the BBC.

“Sue Barker has been the face and voice of Wimbledon for three decades. Many of our viewers will not know of a summer in SW19 without her,” he said.

“Her contribution to tennis, the BBC, sports presenting and for blazing a trail for women in broadcasting cannot be overstated,” he continued.

“We are looking forward to her leading our coverage, with all the style, warmth and knowledge she has displayed for the last 30 years, and we will say farewell with heavy hearts at the end of the tournament.” 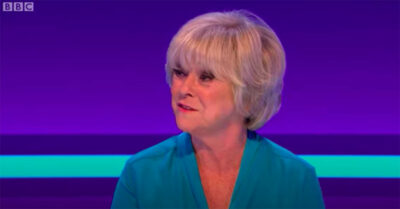 Barbara Slater, the Director of BBC Sports, was full of praise for Sue too.

“Sue is a national treasure and we’d have loved for her to continue in her role for many years to come,” she said.

“We do of course respect her decision and understand why, after 30 years of leading Wimbledon presentation, she’s ready to make this year her last,” she continued. She then went on to thank Sue for her “remarkable” contribution she made to sports broadcasting.

News that this is Sue’s last tournament comes less than a year after she was axed from A Question of Sport.

Sue, who had hosted the show since 1997, was let go by the BBC, along with team captains Matt Dawson and Phil Tufnell in September last year.

Some viewers accused the BBC of being agesit. Paddy McGuinness, Sam Quek, and Ugo Monye now front the show.