Prince William and Kate Middleton reportedly “didn’t see much” of Prince Harry and Meghan Markle, a royal expert has claimed.

The country celebrated the Queen‘s Platinum Jubilee over the Bank Holiday weekend, and the royals came out in force.

Prince Harry and Meghan even jetted over from the US to make an appearance, which no doubt ruffled some feathers.

The Duke and Duchess of Sussex weren’t seen much. However, they did make an appearance on Friday at St Paul’s Cathedral.

The service was the only public event which Harry and Meghan attended. 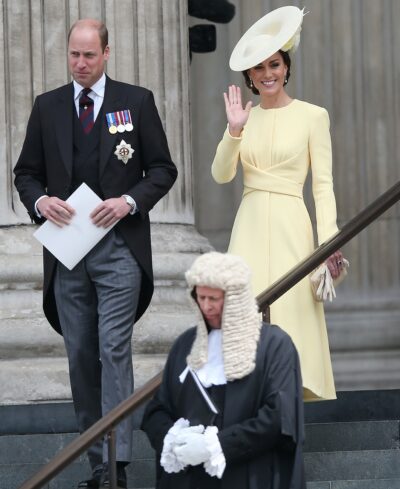 Royal expert Camilla Tominey revealed on This Morning on Wednesday whether Harry and William had much interaction behind closed doors.

Read more: Royal fans praise ‘classy’ Prince William and Kate as they lead messages to Lilibet on her first birthday

“We did write this on Sunday, that there would be no interaction between the Cambridges and Sussexes at all,” she explained.

The royal expert claimed that it was clear there’s still bad blood toward Harry and Meghan after their explosive interview with Oprah Winfrey. 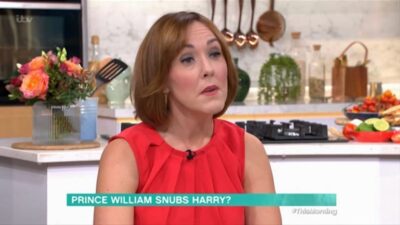 Camilla Tominey shared her views on This Morning this week (Credit: ITV)

Camilla added: “And I think ahead of the Jubilee it’s fair to say there had been some reports that they’re on good terms and talking regularly.

“However, I don’t think we can conclude that they’re on good terms and talking regularly if they didn’t really spend any private time together over the weekend at all.”

She said: “There’s still a lot of residual hurt over the Oprah Winfrey interview. Because of the lack of acknowledgement of the hurt caused from the Sussex side of things, things are still frosty.”

Reps for William and Kate had no comment when approached by ED!.

Meanwhile, other reports claimed the Queen finally got to meet Harry and Meghan’s daughter, Lilibet.

Lilibet turned one on Saturday (June 4) and a picnic was thrown to mark the occasion.