At the Queen’s Jubilee, Princess Charlotte made a touching gesture to Her Majesty according to an expert.

Charlotte, seven, accompanied her parents Prince William and Kate Middleton and her brothers, Princes George and Louis, at the Jubilee celebrations.

As the events came to a close, Charlotte joined her family on the Buckingham Palace balcony.

According to body language expert Judi James, Charlotte made sure to emulate Kate during her little appearance.

And in doing so, she apparently demonstrated just how much she cares for her great-grandmother the Queen. 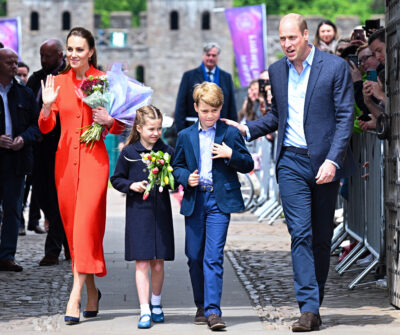 Princess Charlotte is taking after her mother (Credit: SplashNews.com)

Princess Charlotte at the Queen’s Jubilee

“Charlotte stood to attention and sang the anthem as confidently as Louis beside her. But she again showed her empathetic, caring side,” Judi told the Mirror.

“When Beatrice was sobbing uncontrollably during Prince Philip‘s memorial, it was Charlotte who threw her a concerned glance, prompting Beatrice to smile to show she was ok.”

Judi explained that Charlotte appeared to show the same concern for the Queen during the Jubilee.

“Here it was Charlotte throwing a similar look of caring concern to her great grandmother as the family sang the National Anthem,” she said. 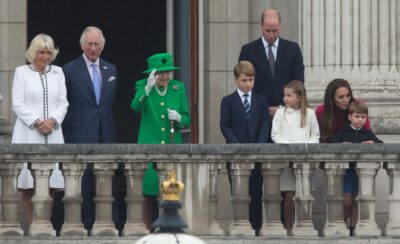 Charlotte giving the Queen a caring look during the balcony appearance (Credit: SplashNews.com)

Meanwhile, Kate’s parenting was praised by none other than Supernanny Jo Frost over the weekend.

Prince Louis went viral on social media for his behaviour during the celebrations. During one moment, Kate tried to calm a clearly frustrated Louis while he pulled faces at her.

Jo praised Kate for disciplining him in public. She said on Instagram: “Love how mum is addressing in public Prince Louis needing to listen up and do as he’s told.

“I’m more impressed with how the Duke & Duchess of Cambridge continue to be such impressive parenting role models to our modern parents today.”

“I believe little Prince Louis behaved remarkably well over the whole weekend of much spectacular fanfare,” she added.

“Unlike other children the royals are expected by the world to behave a certain way but at the end of the day they are children, royalty or not.”