The second in line to the throne ditched his trademark suit and tie for a red vest and cap as he took to the streets of the capital.

Onlookers are said to have spotted William selling magazines on Rochester Row in Westminster yesterday (June 8).

Of course, it was the same day that his wife the Duchess of Cambridge also went back to work following the Platinum Jubilee celebrations. 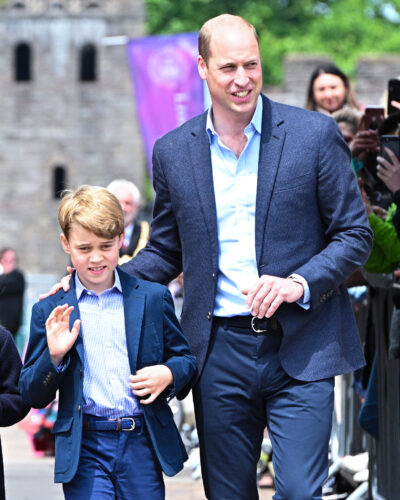 Prince William appeared keen to try and keep a low profile, according to those who spotted him at work.

Read more: Duchess Kate ‘steps up to support Queen’ amid claims monarch has pulled out of Commonwealth Games

And he was also pretty keen to make a sale, one man who spotted the royal claimed.

In fact, when one man said he had “no change”, William is said to have whipped out a card machine so he could buy a copy of the magazine.

Who does The Big Issue help?

The Big Issue does, of course, support the homeless community.

William is a patron of Centrepoint and has previously slept on the streets for the night to raise awareness.

His mother Princess Diana was also an activist in the fight to end homelessness. 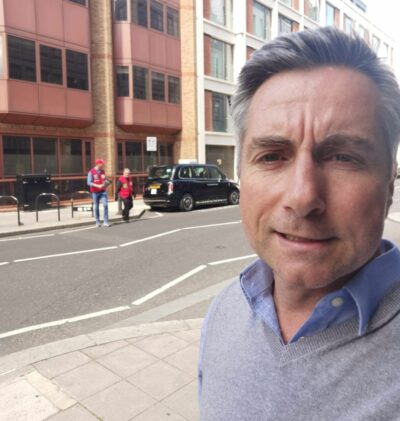 One man was caught out trying to take a ‘covert’ picture of Prince William selling The Big Issue (Credit: Intelligent Sanctuary)

Matthew Gardner, COO of Intelligent Sanctuary, was one of the first to raise the alarm that William was volunteering.

He posted two pictures of the prince in his red jacket online.

The first shows Gardner’s brother-in-law taking a selfie with Wills and an unnamed person across the road in the background.

The next picture shows the man smiling alongside William, who is posing while holding a stack of the magazines.

Sharing the pictures on LinkedIn, Gardner said: “My brother-in-law was in London and saw a celebrity, so he took a photo at a distance.

You cannot teach that! Priceless, or should I say ‘Princely’

“The celebrity saw the ‘covert surveillance’ effort and crossed the road to investigate further.

“What an honour to have a private moment with our future king who was humble and working quietly in the background, helping the most needy,” he said. 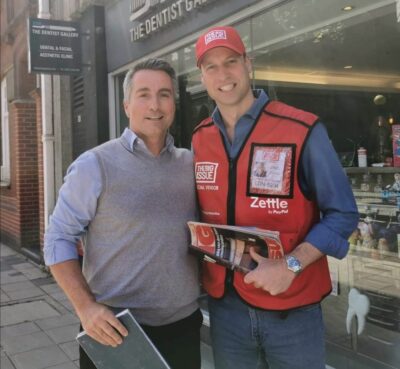 The future king made his way over to fans and posed for pictures (Credit: Intelligent Sanctuary)

“The finale to this unique occasion was when Prince William asked my brother-in-law if he wanted to buy The Big Issue, to which he replied: ‘I have no change.’

“At this point, William produced a mobile card machine,” he claimed.

“You cannot teach that! Priceless, or should I say ‘Princely’.