Loose Women star Brenda Edwards was supported by her co-stars on today’s show.

Brenda issued a statement on Tuesday confirming that Jamal died due to “cardiac arrhythmia”.

She revealed that it’s caused by “having taken recreational drugs”.

The Loose Women discussed their co-star’s heartbreak on Tuesday’s show, and also sent their heartfelt support to her following the tragic news. 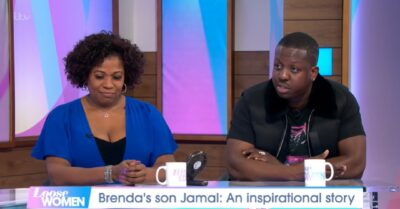 Coleen Nolan said: “Like I’ve said when Jamal first passed, I didn’t realise how incredible the work he did was.

“For Brenda, what’s been hard is the hope that people don’t forget the incredible work he’s done. One thing that stuck in my mind [is something] he put on Instagram years ago. In his own words, he says ‘the goal isn’t to live forever, the goal is to create something that will.’”

Ruth Langsford added: “Hopefully that will give Brenda strength as well.”

Finally, Janet went on to share her feelings too.

“I know Brenda so well and I don’t want her to beat herself up,” she said. “She was the best mum she could have possibly been.

“We’re all here for you Brenda and we love you very much.” 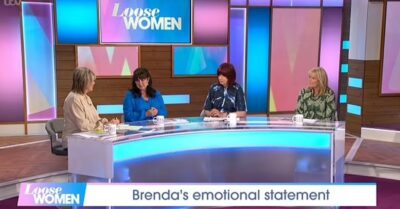 The Loose Women shared their support for Brenda Edwards on the show today (Credit: ITV)

Meanwhile, Brenda posted a heartbreaking statement earlier in the day on Twitter.

In it, she thanked fans for their outpouring of support since Jamal’s death in February.

She said: “Firstly I wanted to thank each and every one of you who has reached out, sent messages and been there for me and my family since Jamal passed away in February.

“We have been so incredibly touched by the outpouring of love and support, and you are all helping us try and get through the unimaginable.”

Brenda continued: “Since I last spoke, I have sadly learned that the cause of Jamal’s devastating passing was due to cardiac arrhythmia caused by having taken recreational drugs.”

She also went on to reveal that she’s still in complete “shock” over the loss of her son.