First Dates star Fred Sirieix has issued an update on his friend and co-star Merlin Griffiths after he underwent surgery to remove a tumour.

The barman announced that he was diagnosed with stage three bowel cancer in September last year.

Many of his friends and fans have showed their love and support for the star amid his cancer battle, including Fred, who confessed that he checked up on him following his robotic surgery. 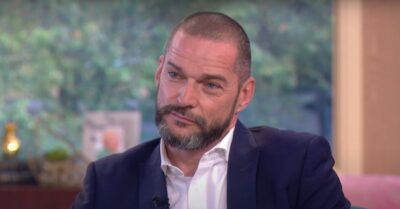 Fred revealed that he has been checking up on his friend Merlin after he underwent surgery.

I really love him. He’s incredibly positive and pragmatic as well.

The matire d’ promised to keep in touch with his “incredible” First Dates co-star amid his health woes and said that the barman is “incredibly stoic in the face of what’s happening to him”.

He told MailOnline: “I really love him. He’s incredibly positive and pragmatic as well. I’m just not surprised because that’s the type of guy he is. You can always rely on Merlin.

“And we’ve been speaking over the phone and texting, I’ve just enquired how he is and making sure he’s okay. He’s obviously in the hands of the NHS and the doctors there.” 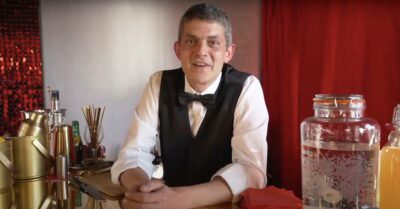 Merlin had robotic surgery to remove his tumour in April, after medical tests found a growth that measured 4.5cm in length.

Fred explained: “He’s had an operation not that long ago, started to cycle, he did a 10k, which is difficult because he has a stoma. It’s very very tough. It reminds you of how lucky you are. If you’re healthy and you have your wits about you, that’s it. You are having a good life.”

Fred continued that it can “all be taken away from us so quickly and unexpectedly” and urged fans to “cherish and enjoy every single moment”.

He concluded by revealing Merlin is in “good spirits”.

He also quipped that “maybe we’ll sit down and have a nice roast and a pint after a walk on Sunday”.