The former Strictly Come Dancing star recently left BBC Breakfast after bagging himself a job at the rival broadcaster.

Dan is presenting 5 News and will also front various other non-news programmes for Channel 5 at his new role.

The newsreader took to Twitter on Tuesday to celebrate the latest Channel 5 ratings following his debut.

He revealed that audience figures jumped a whopping 70% compared to the previous evening. 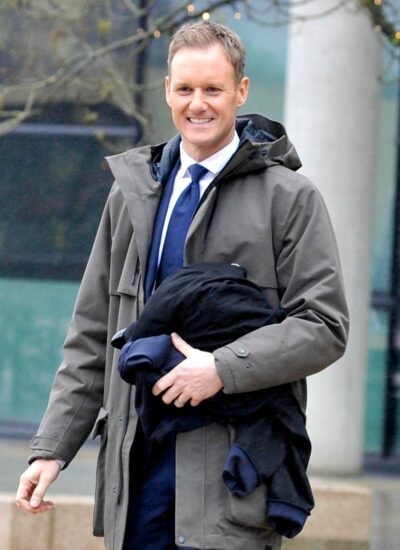 Dan Walker made his debut on Channel 5 News this week (Credit: SplashNews.com)

He tweeted: “Lots of talk about figures last night… we are quite happy with ours. The @5_News audience was up over 70%. Thanks so much for watching. We’ll see you tonight at 5, on 5.”

During last night’s (June 6) show, Dan was reporting live from outside of 10 Downing Street.

Lots of talk about figures last night… we are quite happy with ours.

The presenter was hard at work covering the vote of confidence for Prime Minister Boris Johnson that was happening in Parliament.

Following his debut, viewers took to social media to deliver their verdict on Dan’s first day on his new job. 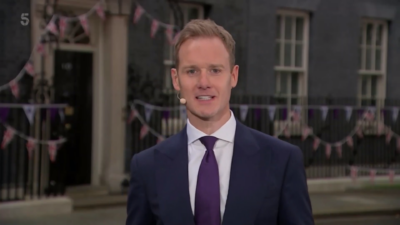 Another said: “Would love to see the viewing figures for tonight. You’ve fitted in effortlessly Dan and already a lovely relationship with the rest of the team is apparent. You’re such a nice bloke, everyone loves you.”

However, not everyone was loving Dan’s presenting style.

“Sorry Dan, but am not a Channel 5 News fan,” ranted one disappointed viewer.

5 News airs on weekdays from 5pm on Channel 5 and My5.

What did you think of Dan’s first show on Channel 5? Leave us a comment on our Facebook page @EntertainmentDailyFix.