Coronation Street spoilers for next week reveal Toyah in hot water with the police over the crash that killed her hubby.

With several Weatherfield residents now convinced that Toyah crashed the car on purpose to kill Imran, she decides to take matters into her own hands.

As Toyah goes to the police, what does she have to tell them – and what evidence do they now have against her? 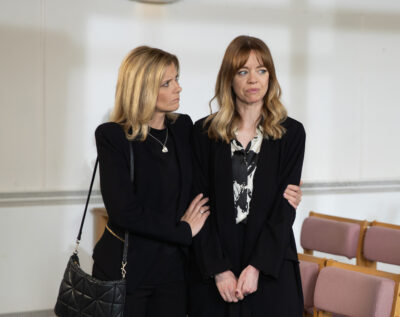 As the day of Imran’s funeral arrives, Toyah stands up to deliver an emotional eulogy.

She confesses in front of Imran’s friends and family that she wishes she had died in the crash, and not Imran.

However, her words don’t ring true to some.

Adam and Alya are convinced that Toyah caused the crash deliberately, and are sceptical about her outpouring of emotion. 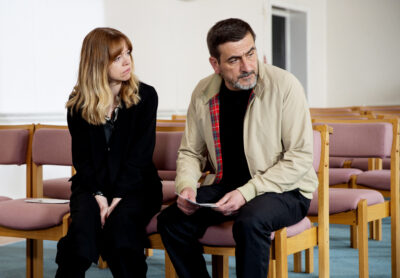 Peter tells Toyah that the police have been doing some digging (Credit: ITV)

After the funeral, Peter takes Toyah to one side and reveals that the police have been to speak to him.

Peter tells Toyah that the police wanted to talk about her history with baby Susie – Eva Price’s daughter that Toyah tried to pass off as their surrogate child to Peter.

Toyah realises this the police are building a case against her based around her desperation to have a child.

Meanwhile, Peter also reveals to Toyah that Adam has been to see the police, accusing her of causing the crash. 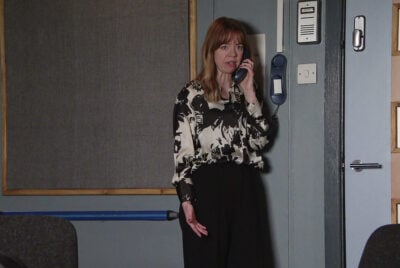 Realising that she has to act, Toyah heads to the police station and tells them she needs to talk.

Later, Leanne calls the police station to check on her sister.

Toyah reiterates that she didn’t try to kill Imran. But how much evidence do the police now have against her?

Will Toyah finds herself on a murder charge before the week is out?