Vanessa Feltz on her biggest fear following her mother’s death

Vanessa Feltz on her biggest fear following her mother’s death

Vanessa Feltz’s mother died at 57 and the star has said it’s made her very aware of how much time she has left.

The journalist has always struggled with a fear of death and previously shared that it intensified after her mum Valerie lost her battle with endometrial cancer in 1995.

Speaking in 2017, Vanessa said it made her feel like she needed to get on and do things because she didn’t think she’d live longer than her mum did.

She told The Guardian: “I always think I better hurry up and do stuff. My mother died at 57, and I’m 55 and a half nearly, so I count the weeks and days and hours. I find it very hard to imagine myself living longer than my mother.”

Vanessa, who is now 60, said she had thought about death from the age of around one and a half. 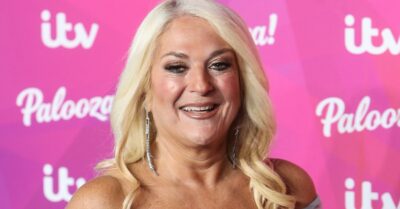 The TV star has long worried about death (Credit: SplashNews.com)

“As soon as I knew we were mortal I was perturbed,” she explained. “Fear of death really did interfere with my childhood a lot.”

The blonde said the fact her mum died at 57 made it seem more imminent and scary.

Twenty years after losing her mother, Vanessa said she had “never come to terms with my motherless life”.

“Even though I am a mother of two adored daughters and the grandma of magnificent Ezekiel Jack, I feel the circle of love is incomplete without my mum,” she wrote in the Express back in 2015. 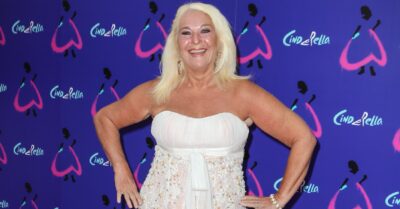 Vanessa has said she aches for her mother (Credit: SplashNews)

“Frankly, it’s all I can do not to call her phone number and set her a place at the family table,” added the celeb, who has had another two grandchildren since she penned the moving piece.

This Morning star Vanessa also said she felt as if 20 years was just too long to cope without seeing someone who was so pivotal in your world.

“I ache for the lack of her,” she wrote.

Vanessa is on The Weakest Link on BBC One at 6.45pm on Saturday.