Tags:
Freeze the Fear, ITV, Lee Mack, Not Going out, The 1% Club, would I lie to you

Lee Mack, as his Not Going Out sitcom role playing ‘Lee’, eventually becomes dad to three children in the show.

And although the 53-year-old comic clearly isn’t playing himself in the BBC series, there is a link between the two characters when it comes to fatherhood.

That’s because Lee also has a trio of kids himself, who he shares with wife Tara. And their son Arlo has even appeared in Not Going Out! He played a ghost in the 2013 Christmas special.

However, Lee – who hosts The 1% Club this weekend – has previously opened up about ‘waiting’ to be a dad. 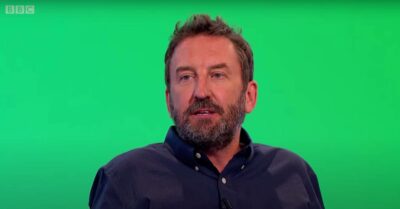 Lee Mack was 36 when he became a dad for the first time (Credit: BBC YouTube)

Lee Mack on having children

Speaking to the Big Issue in June 2015, Lee admitted he became a father a little later in life than might be expected.

At the time, he reflected on whether he would’ve have changed that to have a family when he was younger.

Read more: Lee Mack convinced he had disorder after ‘hearing nine voices in his head at same time’

“Nowadays, 36 isn’t massively late but I would probably have kids earlier because it has been so great.”

Lee also revealed why he felt at that stage of his life that having children may very well be a younger person’s game.

I have more time but less energy.

He went on to explain: “I now have a three-year-old – and I have more time but less energy.” 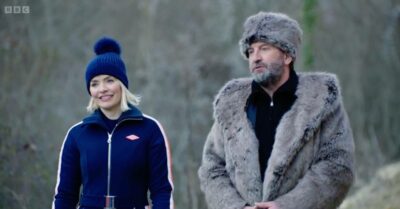 In the same chat, Freeze the Fear host Lee also weighed up on how having children can change someone’s perspective.

He noted how getting older with kids can mean becoming “more political” without even necessarily realising so.

Lee reasoned he found the usual expectation of a tendency to become more right wing with age “odd”. 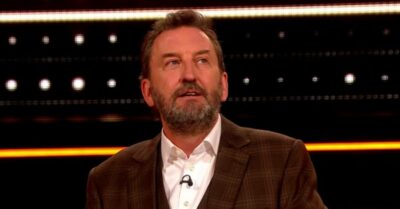 And that’s because he reckons with age comes more “worry” about children and the world they grow up in.

Making a link between left-of-centre approaching and ‘caring politics’, Lee added: “If you can make the world fairer, your children will be more safe.”