Silent Witness: All the HUGE names you never knew started out in BBC One drama

Silent Witness: All the HUGE names you never knew started out in BBC One drama

Silent Witness isn’t just the longest running TV crime drama series, it’s also starred some of the most famous faces in showbiz – so who have been the best guest stars?

Some seriously A-list actors started their careers in the BBC One forensic series.

And you probably didn’t even realise it…

Here’s a rundown of some of the best guest stars to appear in Silent Witness. 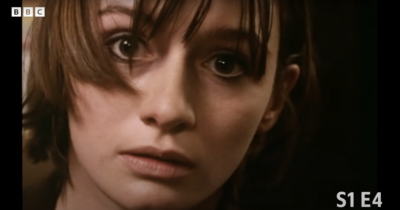 Emily Mortimer, now 50, appeared in the first ever series of Silent Witness.

She starred as Fran in the two-part episode Long Days, Short Nights in 1996.

Emily is the daughter of famous writer Sir John Mortimer, who created the character of Horace Rumpole in Rumpole of the Bailey…

So you could say crime dramas are in Emily’s blood.

Emily is now one of the UK’s leading actresses, across TV, film and theatre.

She played Jane Banks in Mary Poppins Returns, Angelina Tyler in Scream 3, and Dakota Parker in The 51st State.

TV roles include Phoebe in 30 Rock, MacKenzie McHale in The Newsroom, and Emily in Doll & Em.

Most recently, she starred as Sharon in Don’t Look Deeper, and The Bolter in The Pursuit of Love. 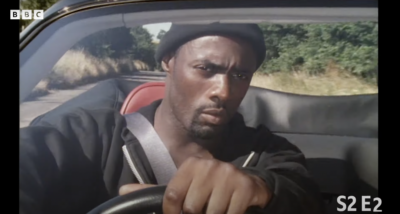 He appeared in episode two of the series in 1997 entitled Blood, Sweat and Tears.

This was when Idris was a jobbing actor trying to make it big.

After starring in Silent Witness, he went on to bag a role in Channel 5 soap Family Affairs as Tim Webster.

He starred in Ultraviolet, Dangerfield, CSI: Miami and The Inspector Lynley Mysteries before he won the life changing role of Russell ‘Stringer Bell’ in The Wire.

After that, the offers came flooding in.

The 49-year-old has since starred as Mumbles in RocknRolla, Charles Miner in The Office, and Stacker Pentecost in Pacific Rim.

Of course, his most famous roles are Nelson Mandela in The Long Walk to Freedom, Heimdall in the Marvel Thor franchise, and DCI John Luther in the TV series Luther. 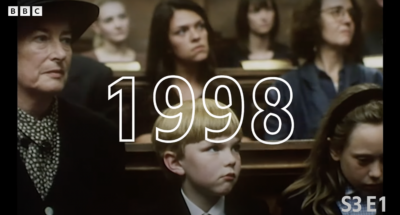 Nicholas Hoult guest starred in Silent Witness when he was just a cherubic school boy.

The actor, now 32, appeared as Tom Evans in season three episode one entitled An Academic Exercise.

He was just nine years old when he made his appearance in the BBC drama – although we think his bowl cut stole the show!

The child actor famously went on to star as Marcus Brewer in the British film About a Boy in 2002 opposite Hugh Grant.

Nicholas has since played Blake in Kidulthood, Tony in Skins, and Eusebios in Clash of the Titans.

Arguably, his most successful role to date is that of Hank / Beast in the X: Men franchise.

But he’s also starred as Nux in Mad Max: Fury Road, Harley in the Oscar-winning The Favourite, and J.R.R. Tolkien in Tolkien. He appeared in episode six of the series entitled Tell No Tales.

Benedict, 45, was a relative newbie when he starred in the BBC series.

In fact, it was only his third TV role!

Benedict went on to appear as Stephen Hawking in the TV movie Hawking, William Carey in The Other Boleyn Girl, and Peter Guillam in Tinker Tailor Soldier Spy.

In 2011, he played Maj. Jamie Stewart in the film War Horse, and a year later he played Necromancer in The Hobbit: An Unexpected Journey.

He’s since starred in 12 Years a Slave, The Fifth Estate, The Imitation Game, and Zoolander, among many others.

Marvel fans will know him as Dr Steve Strange in the franchise, and he’s also famous for playing Sherlock Holmes in the popular BBC series.

In 2022, Benedict was nominated for an Oscar for his performance as Phil Burbank in the Netflix movie The Power of the Dog. He appeared as a graffiti artist in episode one of the series entitled Safe in 2008.

This was around the same time he played Posh Kenneth in the Channel 4 series Skins.

After roles in Psychoville, Babylon, The Fades and Black Mirror, Daniel went on to star in the hugely successful horror movie Get Out.

There’s no stopping him since then – huge roles have followed in Black Panther, Queen & Slim, and Judas and the Black Messiah. 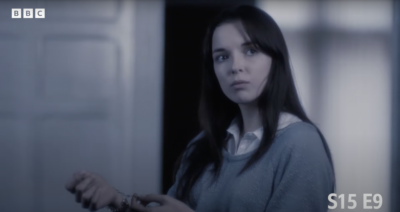 She appeared in episode nine of the series, entitled Fear.

It was one of her first roles.

After starring in Silent Witness, Jodie appeared in a number of TV dramas before winning the significant role as Chloe in My Mad Fat Diary.

Roles in Thirteen, Rillington Palace and The White Princess followed, until her career boosting performance as Kate Parks in Doctor Foster. 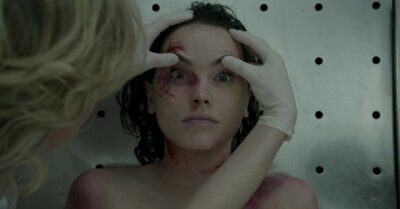 Daisy Ridley, 30, gave a lifeless performance in the BBC drama in 2014.

And we’re not being unkind about her acting as she was actually playing a corpse!

He argued with the deceased girl the day she died and had no alibi.

Just a year after appearing in Silent Witness, Daisy won the role as Rey in Star Wars.

She’s since played Miss Mary Debenham in Murder on the Orient Express, and Kate in The Bubble. 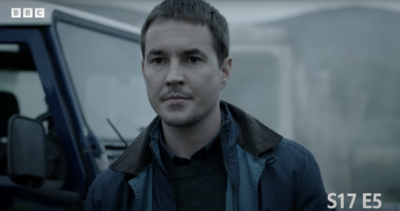 A baby-faced Martin Compston starred as DS Jason Ross in Silent Witness in 2014 (Credit: BBC One)

Who else has guest starred in BBC drama?

Silent Witness has dozens of other amazing guest stars in its archive.

Martin Compston also appeared as DS Jason Ross in 2014 – just after finding fame as DS Arnott in Line of Duty.

The Thief, His Wife and the Canoe actor Eddie Marsan has also appeared in the BBC crime drama, as has Rory Kinnear, Burt Kwouk, Gary Lewis, Sanjeev Bhaskar, Mark Womack, and James Cosmo.

All past series of Silent Witness are currently available to watch on BBC iPlayer.

Do you remember any of these amazing guest performances in Silent Witness? Leave us a comment on our Facebook page @EntertainmentDailyFix.