Tenable host Warwick Davis admitted that being short is the “tip of the iceberg” when it comes to his health.

Speaking to The Guardian in 2015, Warwick reflected on his dwarfism, caused by an extremely rare genetic condition called spondyloepiphyseal dysplasia congenita.

And he said if you “imagine the worst flu you’ve ever had” and endure it every day, that is what he wakes up feeling. 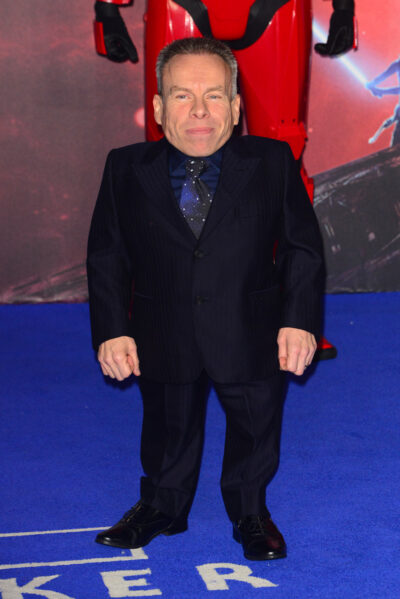 Tenable host Warwick Davis has said that being short is the ‘tip of the iceberg’ when it comes to his health condition (Credit: Splash News)

Warwick is pretty open and honest about his dwarfism.

However, there are things that it seems he hides from Tenable fans and the public as a whole.

He previously revealed how it feels to wake up every morning with the condition, which his wife Sam and their kids also have.

And he’s well aware that it’ll get “worse as you get older”.

He admitted: “Your joints, for a start. My hips are dislocated, so they’re sitting out here. Very painful knees. I had surgery on my feet when I was very young. There’s a risk of retinal detachment, but I know the signs now.

“And then, yeah, you wake up, the alarm goes, it takes a good half hour to get moving, we’re both like: ‘Uggggh.’ Imagine the worst flu you’ve had, every day – it’s like that,” he said.

He added: “You look at somebody with dwarfism, the first thing that strikes you is probably that they’re short, and that’s it. But that’s the tip of the iceberg. It gets worse. Could be a cleft palate, hearing loss – or you end up in a wheelchair.” 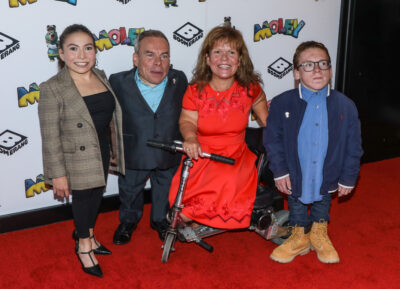 Warwick on why he never visits the GP

However, despite the problems associated with his condition, Warwick admitted he isn’t “one for doctors”.

He told how “unless it’s really broken” he only goes once a year, revealing that he believes “nature figures it out”.

It would be easy, you could imagine, to be angry about his condition, but that’s not in Warwick or wife Sam’s nature.

He is adamant that “life is for living”.

Warwick admitted that “being angry” is nothing more than “a waste of time – a waste of the life that you do have”.

Instead he embraces it and admits: “Well… It’s my USP, isn’t it?”

Head to our Facebook page @EntertainmentDailyFix and tell us your thoughts.