The Games came to an end on ITV last night (May 13) after five days of celebrity competition.

Wes Nelson and Chelcee Grimes emerged victorious – with the glory of being overall winner going to Wes.

But as the triumphant stars celebrated their achievements, fans on social media were already looking ahead to next year’s series.

And there were also suggestions for a tweak to the competition that could change how any future leaderboard looks.. 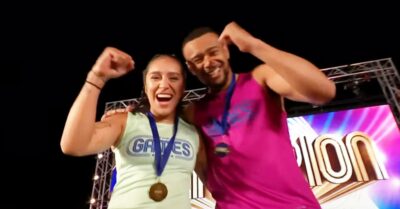 That’s because many viewers made it clear with their tweets that they hope The Games will return.

And it seems those won over by the series, hosted by Freddie Flintoff and Holly Willoughby, appreciated the change up in regular evening programming, too.

“#TheGames brilliant addition to mainstream TV. Love it,” tweeted one fan, giving the thumbs up to show commissioners.

Someone else reflected after the credits rolled: “Really enjoyed watching @TheGamesTV this week and hope they bring it back next year #TheGames.” That thought was echoed elsewhere on social media, too.

“Loved The Games this week on ITV, hope they do it again next year,” agreed someone else.

What an amazing show it was.

Another person declared: “#TheGames The Games was brilliant @ITV. Bring it back next year!!! Please.”

And yet another fan enthused: “@ITV please bring The Games back next year what an amazing show it was xx.” 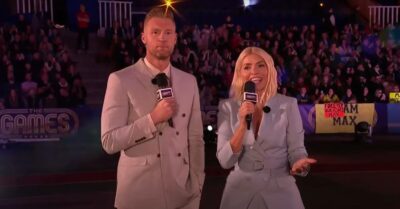 What happened during the ITV finale?

And even though the male and female celebrities were not lumped in all together for the competition, the idea of doing so next year was brought up online.

One viewer pondered: “I thought if both Chelcee and Wes both were competing against each other rather than spilt between both guys and girls categories, it could have been even closer rivalry and rather intriguing and fascinating to see/watch #TheGames.”

But not everyone would likely be convinced by that proposal.

One tweeter maintained: “#TheGames was another great programme from @ITV !!! #MEN vs Men #WOMEN vs Women as sport should be.”