Rebekah Vardy has finally apologised over comments she made about Peter Andre’s manhood.

The footballer’s wife claimed Pete’s penis was the size of a “chipolata” sausage in a News of the World interview back in 2004.

Yesterday (May 12), Peter broke his silence, discussing the impact of the comments on his mental health.

Today (May 13), Rebekah has finally admitted she is “deeply sorry”. Rebekah Vardy has finally apologised about comments she made about Peter Andre (Credit: Cover Images)

Rebekah is currently in court with Coleen Rooney in the so-called Wagatha Christie case.

As a result she was quizzed in court over the Peter Andre comments.

Asked if the quotes in the piece were all from her, she said: “There are a lot of things in there which didn’t come out of my mouth.”

It’s shameful and one of my biggest regrets.

She claimed she was forced to do the interview by her ex.

“The circumstances of that article I have gone into already which I am deeply sorry for,” she said.

Rebekah added: “It’s shameful and one of my biggest regrets.”

The star did counter that she was “very young at the time”. 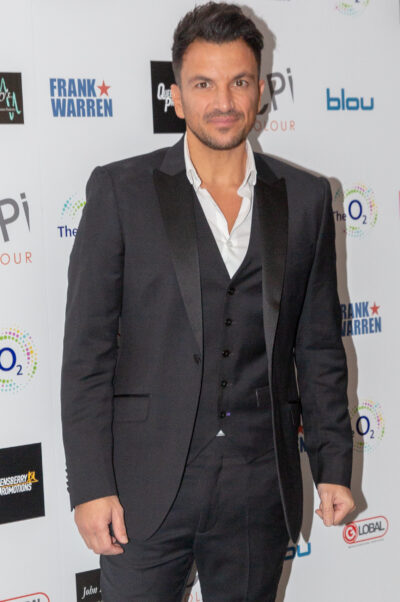 Peter Andre revealed he apologised to his wife Emily over the comments (Credit: Cover Images)

Indeed, yesterday Pete said that he’s endured being the “butt of the jokes” for the past 15 years.

And he also alluded to double standards – claiming he would be under fire if he’d made similar comments about a woman’s anatomy.

In court, Rebekah insisted that she has sent “personal messages” to Pete and his wife Emily “a couple of years ago”.

Asked if they had spoken since, Rebekah said: “I haven’t spoken to him but I sent both his wife and him personal messages a couple of years ago.”

Singer apologises to his wife

Pete said this week that he has apologised to wife Emily and his kids.

Posting on Instagram, he said that none of them should have to read the reports, which originally surfaced 15 years ago.