The comedian reportedly playfully mocked his marriage split as he took to the stage for his Regional Trinket Tour.

Paul spent a short-lived stint in prison for drink-driving in January. 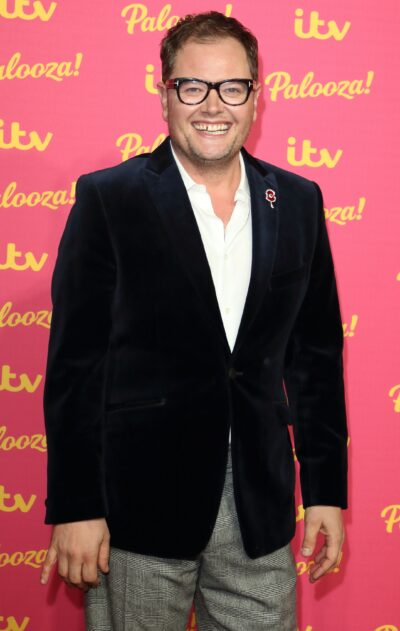 According to The Sun, Alan joked about Paul’s prison stint during his show at the Royal and Derngate Theatre.

Alan reportedly told the audience: “A lot has happened. I got married… You don’t read the bloody newspapers it’s gone to [bleep]. I’ve got divorced.

“It’s gone to [bleep]. He was an alcoholic. He ended up in prison.” 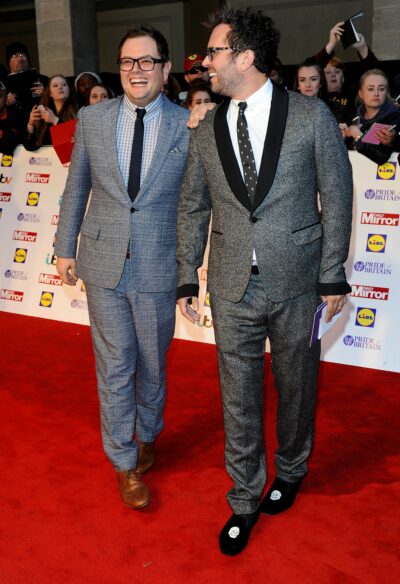 Alan and Paul announced their split in January (Credit: SplashNews.com)

However, the publication reports that the audience let out a wince and Alan quipped: “I know you’re shocked ain’t you. [Bleep] prison.”

Meanwhile, he apparently added: “He rang me up complaining; ‘There’s a hole in the wall. The blanket’s itchy. The pillow is thin.’

“I said ‘it’s a prison sentence not an episode of Four In A Bed.’”

But Alan reportedly appeared to take a more serious tone and told the audience he felt “worried” about Paul spending time in prison. 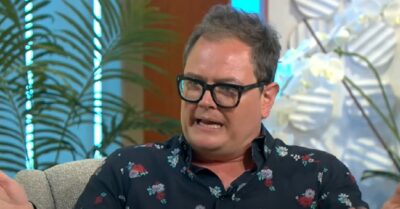 After that, he joked: “Because he has got a type. He loves chubby people with glasses, he does, he fancies them. I was worried about him [bleeping] Rose West!”

Paul and Alan announced their split in January.

At the time, a statement read: “After 13 years as a couple and three years of marriage, Alan Carr and Paul Drayton would like to announce they are separating.”

Earlier this week, Paul revealed on Instagram and he and Alan had to let their dog Bev go.

He said: “It is with a heavy broken heart that myself and Alan @chattyman had to make the hardest decision to make our last act of love and let our Bev go.

“We spent her last afternoon altogether in the garden of my new home, laughing, chatting and reminiscing on how much joy she brought to our lives, which is what I wanted her to feel and share.”