James Martin sparked confusion with some of his fans on Twitter after posting a tribute to Foo Fighters’ drummer Taylor Hawkins.

The news broke overnight that Taylor had tragically died and James shared a picture of the drummer on his Twitter page.

However, the black and white snap, accompanied simply by the caption: “RIP,” sparked concern amongst some fans. 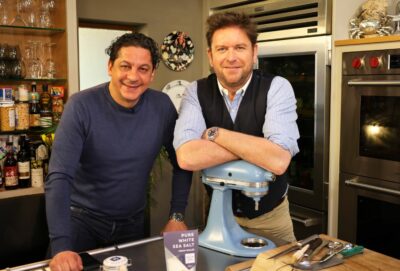 What did fans say?

One wrote: “R.I.P James. My thoughts are with James’s family. You’re all in my prayers.”

“I thought James Martin had died there,” said someone else.

“Has James died?” queried a third.

Another said: “I did panic because RIP James Martin came up.”

However other fans were quick to clear up the confusion: “James Martin has not died,” wrote one.

Another added: “It’s not James Martin who has died, it’s the drummer from the Foo Fighters.”

“James, you need to clarify it’s not you who’s passed away,” said someone else. 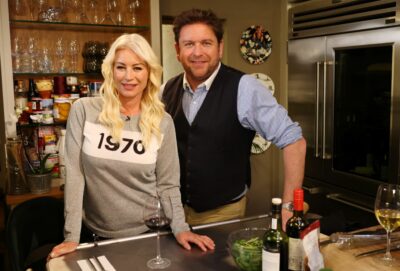 James aired another episode of his cooking show on ITV today (Saturday, March 26).

He was joined by guests Denise Van Outen, Nick Nairn and Francesco Mazzei.

The syrup sponge pudding got fans talking after he put salt in it!

“This looked amazing,” one wrote on social media.

Another added: “Sweet and Sticky Steam Pudding I like very much indeed.

After her appearance on the show Denise, who was on to promote her autobiography, shared a pic to Instagram and thanked James for making her parents a takeaway paella!

“I always love visiting you,” she wrote.

“What a treat! Delicious food and your wine is superb. Thank you for making my parents a takeaway paella. Kath and Ted loved it.”

She added: “The beef wellington was off the chart.”

James Martin’s Saturday Morning is on ITV on Saturdays at 9.30am.