The Responder on BBC One: Who is in the cast of police drama opposite Martin Freeman?

The Responder on BBC One: Who is in the cast of police drama opposite Martin Freeman?

Martin Freeman leads the cast in BBC One’s The Responder – but who else stars in the brand new police drama?

The five-part series kicks off this Monday (January 24 2022), and is strangely addictive.

And the cast includes some of the best on TV at the moment.

You’ll definitely recognise them from the likes of Luther, The Salisbury Poisonings, and The Terror.

Here’s everything you need to know about the actors in The Responder. 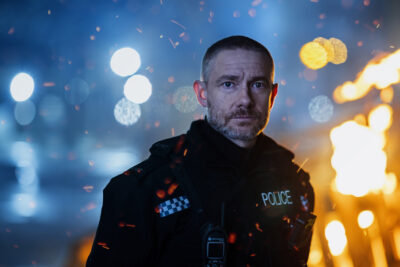 Martin Freeman as Chris Carson in The Responder (Credit: BBC)

Read more: Does Martin Freeman have a girlfriend since he split from wife Amanda Abbington?

He’s depressed, on the edge, and liable to reach breaking point at any minute.

And therein lies the tension.

Actor Martin Freeman adopts a Scouse accent in the Liverpool-based drama, which we think is rather good!

Of course, 50-year-old Martin is perhaps best loved for playing Tim Canterbury in The Office.

But he’s made a huge name for himself since, starring in a number of hugely successful films including Love Actually, The Hitchhiker’s Guide to the Galaxy and Nativity!

He famously took on the role of Bilbo in The Hobbit franchise.

He’s since starred in Fargo, Breeders and A Confession.

Carl is a nasty piece of work who seems to have some sort of hold over copper Chris.

The crime boss isn’t a man we’d want to cross.

Liverpudlian Ian Hart, 57, is probably best known for playing Professor Quirrell in Harry Potter and the Philosopher’s Stone in the 2001 film.

Ian came to fame playing John Lennon in the low-budget independent film The Hours and Times, and went on to portray John Lennon twice more: in 1994’s Backbeat and in 2013’s Snodgrass.

He played Sir Arthur Conan Doyle in the film Finding Neverland in 2004, having already played Dr Watson in a BBC One television film of The Hound of the Baskervilles.

Most recently, he played Thomas Blankly in The Terror, Michael Ryan in Tin Star, and care home boss Steve in the heartbreaking drama Help, alongside Jodie Comer. 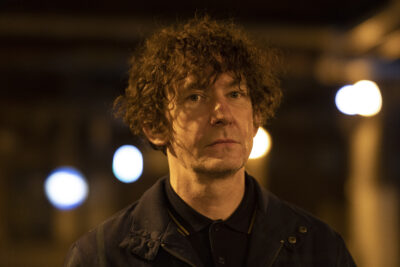 Ian Hart as Carl Sweeney in The Responder (Credit: BBC One)

The Responder is from the makers of The Salisbury Poisonings, so it should come as no surprise that there’s some crossover.

MyAnna Buring played tragic Dawn Sturgess in the brilliant crime drama based on the real life Novichok poisonings in the UK city.

She’s living with a ticking time bomb, and she knows it – which perhaps might explain her extra-curricular activities.

MyAnna, 42, is a Swedish-born actress who is perhaps best known for playing Tanya in the Twilight franchise.

MyAnna has portrayed Tissaia in The Witcher since 2019.

Who plays Ray Mullen in the cast of The Responder?

Warren Brown stars as Raymond Mullen in the cast of The Responder on BBC One.

Although he only appears briefly in episode one, it’s clear he has some kind of relationship with Chris’ wife Kate.

Actor Warren, 43, was a professional Thai boxer before he became known for acting.

He started his acting career playing roles like Donny Maguire in Shameless and Andy Holt in Hollyoaks.

He went on to star in popular crime drama Good Cop, where he was the lead character John Paul Rocksavage.

Warren has also starred as ill-fated DS Justin Ripley in the BBC drama Luther, Sergeant Thomas ‘Mac’ McAllister in Strike Back, and Tom Bailey in Liar on ITV1.

The actor also stars in the ITV1 thriller Trigger Point as well, where he plays Karl Maguire. 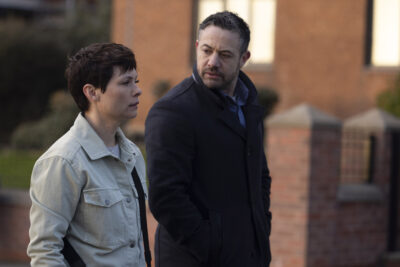 MyAnna Buring as Kate Carson, and Warren Brown as Ray in The Responder (Credit: BBC One)

Adelayo Adedayo, 33, plays Rachel Hargreaves in the cast of The Responder.

Rachel is a rookie cop, who is appalled by all she’s heard and seen of fellow cop Chris.

She has a strong moral ethos, and despises what Chris stands for.

Actress Adelayo first appeared in The Bill in 2007, and went on to star briefly in Skins, Law & Order: UK and M.I. High.

She played Viva Bennett in Some Girls from 2012 to 2014, Agnes ‘Lee’ Lebachi in Origin, and Lauren in Timewasters.

Most recently, she appeared as Alma in the BBC One thriller, The Capture. 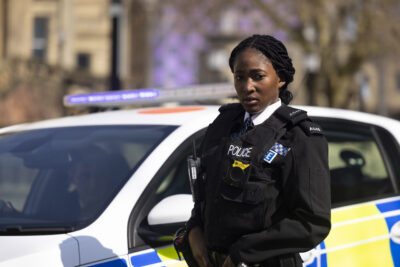 Adelayo Adedayo as Rachel in The Responder (Credit: BBC One)

June appears to be the anchor to which Chris clings to, and he ends each working day visiting her in a care home.

We’re sure she could tell us a story or too about the industry!

Rita is known for her starring roles in films including A Taste of Honey, The Leather Boys, Doctor Zhivago, and Smashing Time.

In fact, she won multiple awards for her role as Jo in For A Taste of Honey in 1961.

She appeared in countless more films over the years, and her TV performances include Celia Higgins in Bread, Mrs Lamb in In The Flesh, Bella Webb in The Pale Horse, and Nettie Jones in Ridley Road. 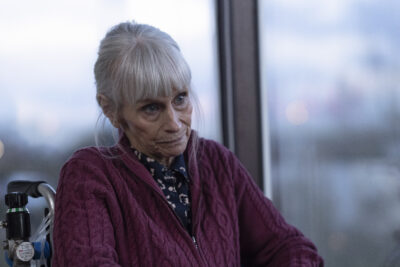 Rita Tushingham as Chris’ mum June in The Responder (Credit: BBC One)

The Responder cast – who plays Casey?

Casey gets herself into a lot of trouble when she steals a rather large bag of cocaine from crime boss Carl Sweeney.

When Chris Carson tries to help her – and essentially save her life – he puts his own in mortal danger.

Actress Emily is a total newcomer.

In fact, she only graduated from drama school in July 2020.

Sadly, as a result of the pandemic, her final year play got cancelled.

Luckily, her agent rang to say she’d heard about a Liverpool-based drama that was on the horizon and the producers wanted Emily to audition for the role of a young heroin addict.

Emily says: “I really loved the sound of the character Casey, and after three rounds of auditions I was told I had the part.” 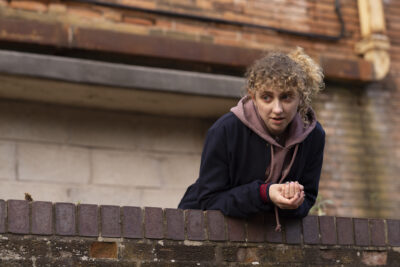 Newcomer Emily Fairn as Casey in The Responder (Credit: BBC One)

Mark Womack stars as Barry in The Responder

Mark Womack portrays hammer-wielding menace Barry in the cast of The Responder.

Barry is one of drug dealer Carl’s henchmen, and is more of the brawn than the brains.

Soap fans will most definitely recognise actor Mark, 61, from his significant part in Emmerdale.

The actor – who is separated from his wife Sam Womack – played dodgy DI Malone in the ITV soap in 2020.

Before that, Mark played a multitude of gritty roles, including DC Mark Callaghan in Liverpool 1, DI Pete Hammond in Merseybeat, and David Callard in Murphy’s Law.

He’s also known for his roles in Babylon, Silent Witness, Playing the Field, and Sorted. 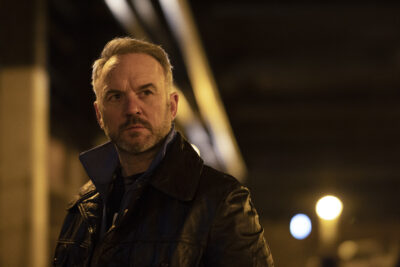 Mark Womack as Barry in The Responder (Credit: BBC One)

The actor plays Trevor, a man whose domestic disputes with his neighbour are the bane of Chris’ working life.

He also portrayed Mike in Brookside for a year, Luis Banks in A Many Splintered Thing, and Shaun Carter in Peak Practice.

Famously, he portrayed Ron in Goodnight Sweetheart from 1993 to 2016.

Most recently, jobbing actor Victor has also appeared as Ian in Trollied, Paddy Kenny in No Offence, Garanin in Chernobyl, and Mr. Mulholland in Kate & Koji.

The actor even portrayed Big Garth in Coronation Street in 2019. 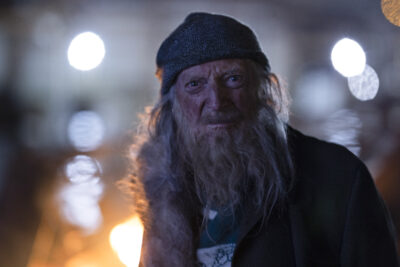 David Bradley looks unrecognisable in The Responder (Credit: BBC One)

David Bradley stars as Davey in the cast of The Responder

Acclaimed actor David Bradley is virtually unrecognisable as Davey in The Responder.

David, 79, portrays a homeless man whose world collides with Chris’.

David is known for playing Argus Filch in the Harry Potter film franchise, and the quite horrible Walder Frey in Game of Thrones.

He’s been acting since 1971, and some of his bigger roles have included Eddie Wells in Our Friends in the North, Sir Pitt Crawley in Vanity Fair, and Old Jake Trethowan in Wild West.

In 2004, David played Hallworth in Blackpool, before playing Stemroach in Ideal opposite Johnny Vegas.

He’s played Jack Marshall in Broadchurch, Frank in Prisoners’ Wives, Abraham Setrakian in The Strain, and Charlie in Mount Pleasant.

David is brilliant in both dramas and comedies, a fact he proved in all three series of After Life where he played Tony’s dad Ray.

It’s a role the BBC have said very little about.

So secretive is Christine’s performance, the Beeb won’t even let us show you a picture of her yet.

Actress Christine, 45, is perhaps most famous for her role in Waterloo Road.

She played school secretary and learning support assistant Davina Shackleton from 2007 to 2009.

Christine played Ellie Morgan in the BBC One drama mini-series Moving On, and recurring guest character Linda Andrews in Casualty.

In 2017, Christine appeared in Little Boy Blue as Marie Thompson, the mother of one of the gang members involved in assisting the cover up of Rhys Jones’ murder.

Most recently, she portrayed DCI Betsy Chambers in Wolfe. 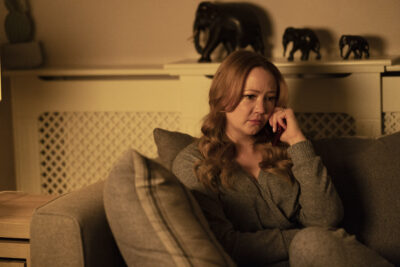 Kerrie Hayes as Ellie in The Responder cast (Credit: BBC One)

Who else stars in the cast of The Responder?

Kerrie Hayes also appears in the five-part drama as Ellie.

What did you think of The Responder so far? Leave us a comment on our Facebook page @EntertainmentDailyFix.