The Nilsen Files on BBC Two: Who were Dennis Nilsen’s victims? How many people did he kill?

The Nilsen Files on BBC Two: Who were Dennis Nilsen’s victims? How many people did he kill?

Dennis Nilsen remains one of the UK’s most prolific serial killers, whose victims were arguably let down by a homophobic police force.

Whereas the ITV series Des dramatised the man behind the killings – step forward award-winner David Tennant – The Nilsen Files zooms in on Dennis Nilsen’s victims.

But who were they? How many did he kill? 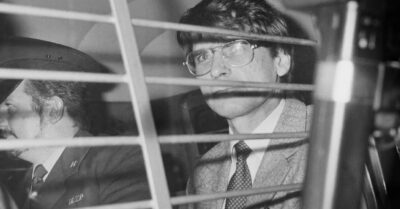 Read more: Dennis Nilsen murders: Does anyone live in the house in Cranley Gardens or Melrose Avenue?

On February 08 1983, an employee from plumbing service Dyno-Rod found human remains next to a property in Muswell Hill, London.

Dennis Nilsen lived there, and quickly admitted that he was a killer.

The civil servant confessed to having dismembered and murdered a number of vulnerable men he had picked up.

The story was, of course, the subject of the ITV drama Des.

He strangled and dismembered them, before burying them under his floorboards, in his yard, or even burning their bodies in bonfires.

In his meagre defence, Dennis Nilsen – who was gay – claims he was sexually abused by his grandfather until he was five years old.

Dennis Nilsen victims – who were they?

Police searched his home, Cranley Gardens in Muswell Hill, and that of his previous flat in Cricklewood, North London.

They found human organs and torsos in black bin liners, and a severed human head in the kitchen.

Sadly, only eight of Dennis Nilsen’s 15 victims have been officially identified.

The youngest of Dennis Nilsen’s victims was only 14. 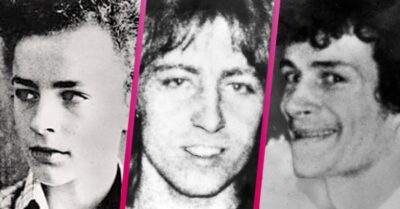 Read more: The Nilsen Tapes: Netflix films sheds light on how serial killer Dennis Nilsen ‘could have been caught sooner’

He was just 14 when he meet the killer in a pub.

Dennis invited Stephen back to his house, before killing him.

Nilsen kept his body in his flat for several months, and even slept beside it.

Kenneth was a Canadian tourist who spent the day sightseeing with Dennis Nilsen in 1979.

They met in a pub, before ending up at Dennis Nilsen’s flat for dinner and more drinks.

He was one of only a few of Dennis Nilsen’s victims who was reported as a missing person.

Killer Dennis strangled him with the lead of a set of headphones as Nilsen listened to a record. 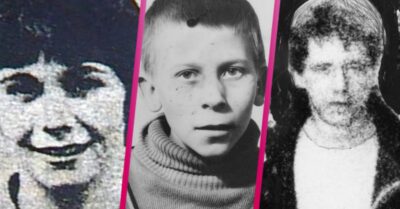 Homeless Martin Duffey was just 16 when he accepted Nilsen’s invitation to stay the night at his house.

It was the last thing he ever did.

Dennis killed him by strangulation and drowning him in the kitchen sink.

Two days later, Dennis buried him beneath the floorboards at his home.

William Sutherland, from Edinburgh, was 26 when he met the man who would kill him.

The victim met Nilsen in a pub in Piccadilly Circus and the pair returned to the killer’s flat.

Dennis Nilsen strangled William to death at his Melrose Avenue address in Cricklewood. 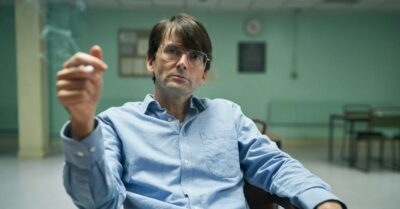 Malcolm Barlow was an epileptic orphan.

He had spent much of his life in care.

Dennis had helped the young man to get medical help when he suffered a seizure.

But when Malcolm went back to Dennis Nilsen’s home to thank him, he was murdered and dissected.

John, 23, had met the killer in a pub near Leicester Square before returning to his flat.

Dennis Nilsen strangled John and drowned him in the bath.

He then dismembered his body and flushed various organs down the toilet.

Tourist Graham was lost in London when he bumped into Dennis Nilsen.

The killer invited him back to his flat for dinner, and subsequently killed him.

Dennis strangled Graham with a ligature as he ate an omelette Nilsen had cooked for him.

They met on Oxford Street, where Dennis bought him a meal before taking him home with him.

Dennis Nilsen strangled him to death with a ligature.

After his capture, Dennis Nilsen pleaded guilty to manslaughter on the grounds of diminished responsibility.

His defence argued that he was insane.

A judge eventually found him guilty of six counts of murder and two of attempted murder.

He was sentenced to life in prison in November 1983.

Dennis Nilsen served 34 years of his sentence before he died at the age of 72 in prison. 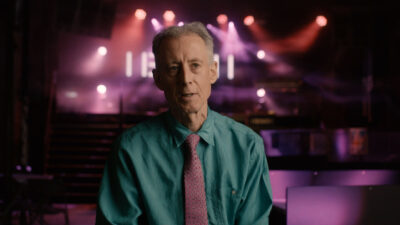 The Nilsen Files on BBC Two

The Nilsen Files on BBC Two re-examines one of the biggest murder investigations in Metropolitan Police history.

Dennis was convicted in 1983 for the murders of six young men and boys.

Michael Ogden focuses on the lives of the victims, and asks why they remain just a footnote 40 years on.