Coronation Street character Chesney appears to break down in tears in new pictures with Joseph and Katy’s mum, Linda.

In pictures obtained by Daily Star Chesney, played by Sam Aston, looks emotional as he kneels down to talk to his son Joseph, played by William Flanagan.

Also in the pictures is Joseph’s grandmother Linda Hancock, played by Jacqueline Leonard, who last appeared on the soap in 2015. 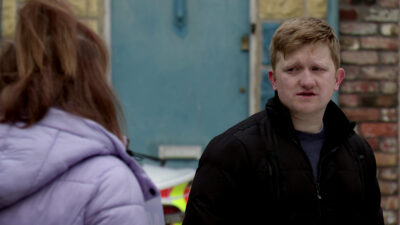 Linda and Joseph both have suitcases with them and Chesney is on the floor in tears.

An insider told the publication: “These snaps suggest all is not well. It looks like Joseph could be heading off and leaving dad Chesney behind. Fans might want to stock up on tissues.”

It looks like Joseph could be heading off and leaving dad Chesney behind.

Entertainment Daily has contacted Corrie reps who declined to comment on this story.

Coronation Street: What has been happening with Joseph?

Joseph went to live in Portugal with his mum Katy in 2015, but returned in 2017 when Katy was killed in an off-screen car crash. 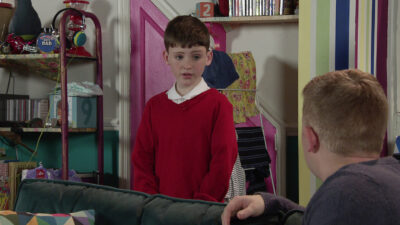 Joseph was being bullied (Credit: ITV)

He returned to live with his dad Chesney. Since then, Chesney and fiancée Gemma have gone on to have quadruplets Aled, Bryn, Carys and Llio.

Recently, it was revealed Joseph was being bullied at school as Chesney and Gemma were unable to buy him things.

After Chesney went to the school about the bullying, he ran away.

He later planned to return home after hiding in cousin Hope’s attic, but he and Hope ran into Bernie’s friend Clint. 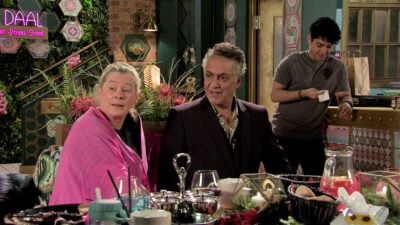 Bernie found out what Clint had done (Credit: ITV)

Clint offered to take Joseph home and say he found him so he could get the reward money.

He gave the two kids £100 each to keep quiet but Bernie eventually found out the truth and Clint offered to split the money with her.