The Masked Singer judge Jonathan Ross is all over Saturday night telly – but following his weight loss, there’s a lot less of him to see.

That’s because Wossy, 61, resorted to a tough diet after reportedly piling on pounds during lockdown.

However, just a couple of months ago, Jonathan explained how he changed things up ahead of filming for projects such as The Masked Singer.

His drastic approach followed other lifestyle changes over the past couple of years, including going vegan and teetotal. 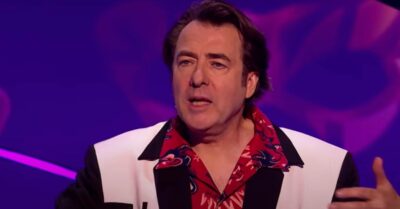 What has Jonathan Ross said about his weight loss?

Jonathan explained to reporters he lost a whopping amount of weight in just four weeks.

He followed an intense liquid-only meal plan which saw him drop a stone in a month.

Read more: The Masked Singer: Michelle Keegan fans reckon they know EXACTLY which character she is in ITV show

Jonathan told the Mirror in November 2021 he turned to vegan protein shake Huel to replace his food intake.

He said at the time: “I’ve been living off liquid food as I wanted to lose weight.”

However, it seems Wossy has made the change permanent after observing the effects of the shake plan.

Followers on Instagram may have noticed physical changes to Jonathan’s appearance – and indeed, he has posted pics showing him wearing clothes he couldn’t previously fit into.

If I never eat another steak, it’s not a big deal.

“Bought this suit last year in the sale. Finally lost enough weight to wear it,” he captioned one mirror selfie.

He admitted continuing to replace meals with a protein shake is “easier”. He also joked how he’s dined on enough great food in his lifetime. 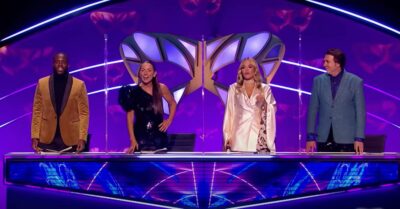 Jonathan continued: “When I gave up booze, I realised I’d had more than my fair share already. If I never eat another steak, it’s not a big deal. We’re trying to be sustainable.”

Nonetheless, the chat show host does admit to getting cravings for certain foods.

He added: “You do miss stuff. I’ve eaten eggs once or twice but accidentally. It hasn’t changed me at all – I’m not a poster boy for a vegan diet.”

The Masked Singer continues on ITV, Saturday January 15, at 7pm.