The Masked Singer is keeping viewers guessing with a whole host of new mystery celebrities this series.

The popular ITV programme returned to screens earlier this month, with Will Young recently unmasked as Lionfish.

And, in an exclusive chat with Entertainment Daily, the show’s vocal coach Mark De-Lisser has told fans to brace themselves for more shock reveals. 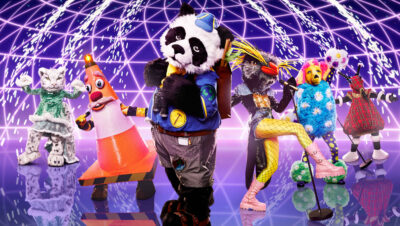 Which celebrities are taking part in The Masked Singer this year? (Credit: ITV)

The Masked Singer: What did Mark De-Lisser say?

Speaking to ED!, Mark shared: “There will be a few people I’m sure the public will be like, ‘Wow, I didn’t think they would take part in the show.’

“But for me, having worked on the show before, I’m never shocked or surprised.

There are some shocking reveals coming up!

“I’m just excited by the prospect of working with new celebrities. There are some shocking reveals coming up that’s for sure!”

So, what does Mark make of coaching the celebrities this series?

He added: “They’ve all been brilliant and have all risen to the challenge. 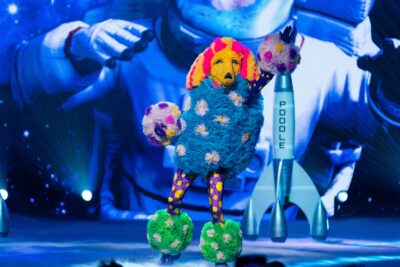 Viewers are convinced that Poodle is Gary Barlow (Credit: ITV)

“It’s been super fun because they’ve all been engaged in the process. They’ve been really great.”

But how does the vocal coach manage to disguise those distinctive tones?

ED! asked: “With Poodle, is it hard to hide Gary Barlow’s distinctive voice?”

“It’s just looking at the things they do and their signature sound, then go in the opposite way to create something completely different. Heather [Small] has an open sound, so it was about making her voice a little narrower.”

As fans of the show will know, Heather was unmasked as Chandelier earlier on in the series. 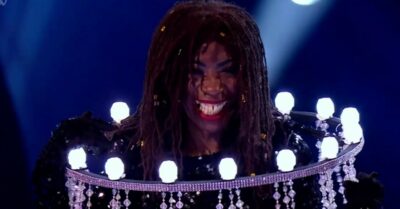 Heather Small was unmasked on the first episode (Credit: ITV)

Speaking about working with the singer, Mark told us: “None of the celebrities have been challenging at all, but Heather was really fun to work with.

“She has one of the most iconic voices this country has ever heard and working with her was brilliant.

“We did have to remove a little bit of her sound, so people wouldn’t tweak her instantly. Again, not challenging at all but she was so up for the task and did super well.”

Read more: The Masked Singer: Michelle Keegan fans reckon they know EXACTLY which character she is

So has Mark – who recently arranged his community choir for a special performance during the Queen’s Christmas speech – ever came close to slipping up on a contestant?

“Yes, I have come close! Just when you’re having conversations with people,” he revealed.

“There’s always times when there’s a little bit of a slip up, but fortunately for me that hasn’t happened yet.”

The Masked Singer returns tonight (January 15) at 7pm on ITV.

For more on Mark’s work, visit his website here. Mark runs a virtual choir every Wednesday evening, which is open to all to join – go here to join https://www.singologychoir.com/virtual-choir