Oti Mabuse has revealed exactly what BBC bosses said to her after landing a judges role on Dancing On Ice.

The 31-year-old Strictly Come Dancing pro dancer is set to make her debut on the ITV show this weekend.

And while Oti may be appearing on the rival channel, BBC bosses couldn’t be happier for the star. 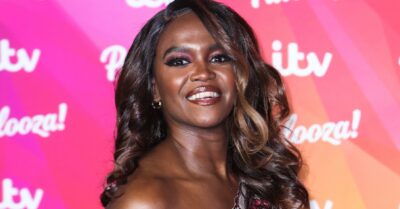 Oti Mabuse opens up on Dancing On Ice role

Speaking at the DOI press event, Oti also went on to reveal how her sister Motsi responded to the news.

The siblings share a close bond, with Motsi appearing on the Strictly judging panel.

Oti told OK! Magazine: “We’re really close, my sister and I, and what we know is that we’re quite loud and we’re so bubbly, so her advice to me was just to be myself.

Her advice to me was just to be myself

“And I think everyone from the BBC who congratulated me said the same thing: just be yourself. Be honest, say what you see and say what you feel and say how [the contestants] can improve and how they can better themselves. 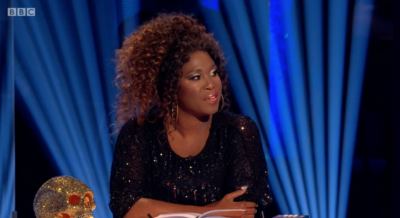 “There will be an announcement that will be made later, but for me, as a person in entertainment, I really want to learn and grow,” Oti told the Mirror.

“I want a long career, especially in this country.”

It comes after Oti has landed a number of successful hosting gigs.

What else is Oti working on?

Last year, the pro dancer appeared as a judge on The Masked Dancer.

She is also set to front a brand new ITV show – Romeo & Duet – which is due to air later this year.

In addition, Oti will make her debut on Dancing On Ice when it returns on Sunday (January 16).