Katie Price had fans convinced that she was pregnant again after sharing a baby scan photo on her Instagram yesterday (Thursday, January 11).

Despite what fans thought, Katie was just sharing a sweet throwback of one of her children’s ultrasounds, not expecting baby number six!

The 43-year-old sent her 2.6 million Instagram followers into a frenzy last night after she uploaded some throwback snaps.

The star uploaded a photo of a baby scan onto her Instagram. Next to the baby scan were pictures of a baby’s handprints and footprints.

A quick glance at the caption of the photo told followers that Katie wasn’t in fact pregnant, she was just feeling nostalgic!

“Can you guess who this was?” Katie penned in the caption.

Despite the caption, many fans were fooled into believing that Katie’s throwback snap was a pregnancy announcement – well, at first anyway!

How did her fans react? 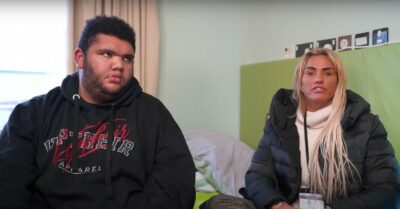 The baby snaps were of Harvey it appears! (Credit: Katie Price / YouTube)

Some fans correctly guessed that the baby scan was that of a certain Harvey Price. The date in the corner of the scan shows that it was from December 2001. Harvey was born in May 2002.

However, other fans took to the comments to let Katie know they’d been fooled into thinking she was having another baby!

“I thought this was an announcement then,” one fan laughed.

“Dear God!” another wrote. “I thought we were going round six at first glance.”

“Got excited thinking you were pregnant then,” a third follower said.

“Totally thought baby number 6 for a second!!” another commented.

One of Katie’s followers was certainly less than impressed with her post, though.

“Who cares you’ve got so bloody many,” they said.

What else has Katie Price been up to recently? 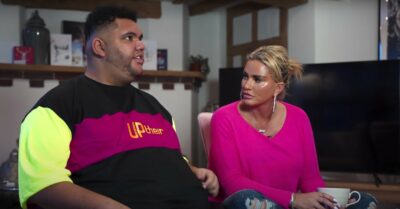 Katie recently admitted that she was “knackered” because of 19-year-old Harvey. In a new video on her YouTube channel, Katie spoke about how she’d had Harvey living with her over the Christmas period.

“I’ve had him all over Christmas, I’m knackered. He’s destroyed the house as much as he can, pulling food out every day,” she said.

Katie has also recently been involved in a spat (albeit a one-sided one) with Emily Andre. Emily is married to Katie’s ex-husband, Peter Andre.

Over the weekend, Katie penned a vicious rant aimed at the 32-year-old, before swiftly deleting it. In the rant, Katie called Emily a “disgusting person” and “two-faced”.

However, the 43-year-old doubled down on her attack against Emily on Wednesday (January 12).

A spokesperson for Katie told the Mirror that Emily “isn’t innocent”.

Emily or Peter are yet to respond to Katie’s comments.