Holly Willoughby has opened up about how she first met her husband, Dan Baldwin.

The This Morning star appeared on Loose Women on Thursday (January 13) where she opened up about her marriage.

The mum-of-three revealed that when they first met, she was determined to keep him as just a friend. 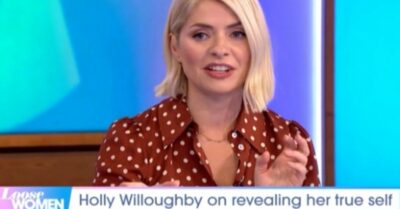 Holly Willoughby spoke about how she met her husband (Credit: ITV)

However, after a few months, that changed completely when it hit her how she really felt about him.

She added: “It was this intensity of friendship for about 10-15 weeks and I remember cheers-ing him with a glass and I was looking at him and like ‘Oh my God, I fancy him, I fancy my friend!’”

Read more: Dancing On Ice host Holly Willoughby compared to a ‘princess’ as she stuns in gown

Initially, Holly said the realisation took her by complete surprise.

She admitted: “It took me so by surprise and I thought, ‘Oh God, what’s just happened?’ And the relationship carried on.

“And I think in hindsight, I was falling in love with him. I think that’s what that intensity was, but I didn’t necessarily recognise it. 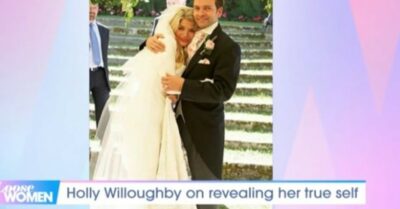 “He knows me better than anyone, he’s my absolute support. He gives the best advice of anybody, he’s got that strength and good moral fibre, so I always check and run everything past him.”

The pair eventually married in 2007, and they’ve been together ever since.

Holly went on to talk openly about her experience with holistic therapy.

She told the Loose ladies that it helped her become more in-tune with herself and what she wanted in her life.

She added: “I came back home and thought, ‘I’m just going to try everything because the more of this stuff I was doing, the more in tune with myself I was becoming.’”