Emily Andre has revealed that she is suffering from “horrible” migraines.

The 32-year-old NHS doctor has a history of dealing with migraines, but has since turned to botox to help control the pain.

It comes after Emily was targeted by Katie Price in a scathing attack on social media. 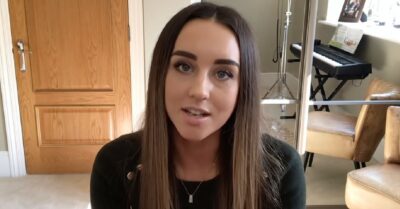 Emily Andre has revealed that she is suffering from migraines (Credit: ITV/YouTube)

Emily Andre opens up on migraines

In her latest column with OK!, Emily explained that her migraines began shortly after returning home from holiday.

Speaking about her migraines, she shared: “A few days after getting back from Dubai, I had the first migraine I’ve had in ages. I’d almost forgotten how horrible having a migraine is!

“They used to make me vomit and lose my vision in one eye, which was awful.”

I’d almost forgotten how horrible having a migraine is

She continued: “I’ve tried all sorts of treatments in the past from my GP, but the thing I’ve found which has made such a difference for me, is having Botox across the top of my forehead. It’s not quite clear how it helps with migraines, but it can be given in the forehead, above the ears or even in the neck.”

Emily is clearly in safe hands as her brother, Tom, runs an aesthetics clinic.

The procedure often has to be done every 12 weeks. 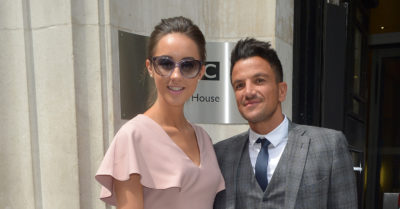 It comes days after Emily appeared on Loose Women earlier this week.

During the show, the mum-of-two went on to gush over her husband Peter Andre.

As she promoted her new book, Emily said: “He’s been so proud. It’s been so lovely. Of all the things I’ve done, he’s been so supportive. I can’t believe it’s been 10 years, my gosh!

“I wish I had thought of something good to say. I’m sure we’ll probably go out for dinner, maybe we’ll go away for a couple of days. I don’t know. I might leave it to him actually.”

She then went on to speak about the possibility of welcoming a third child with Peter.

“I think I like things how they are but you never know, I might get tempted,” Emily added. 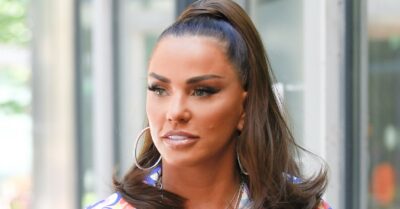 What did Katie Price say about Emily?

Her appearance followed shortly after reality star Katie made a series of claims about Emily on her profile.

In a now deleted post, Peter’s ex-wife claimed that the doctor prevented her daughter Princess from visiting her in rehab.

“She claims to be a doctor who clearly doesn’t have a clue about mental health,” Katie alleged in the post.

“Oh and stopped my daughter from visiting me at The Priory when she wanted to see her mum. She is so jealous of my relationship I have with Princess and puts me down.

“Emily you are not and never will be my kids’ parent so mind your own business. You’re so two faced and definitely not the person you portray to the public.”