The cast of EastEnders are reported to be worried following the news that Danny Dyer will leave the BBC One soap.

The Sun reports that several of the soap’s stars see Danny’s departure as a “bad omen”.

Danny has been in the show for nine years, playing pub landlord Mick Carter. 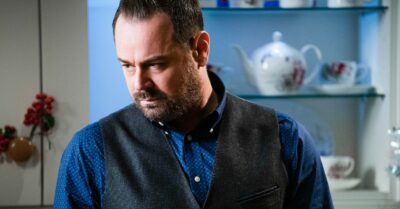 How do EastEnders cast feel about exit of Danny Dyer?

A show insider said: “The feeling among the EastEnders team is his departure is seen as a very bad omen because he’s such a key part of the cast.

“Mick is such an integral and well-liked character that his removal will only make the situation deteriorate.

“And they don’t want to hang around to see things go from bad to worse, particularly if their roles are linked to Danny’s part. But at this stage it’s not clear exactly who’d follow suit and go.”

The paper goes on to claim that Danny’s exit could lead to other big names, such as Kellie Bright and Lacey Turner, following him out of the door.

But a show spokesperson denies a mass walk-out is on the cards. 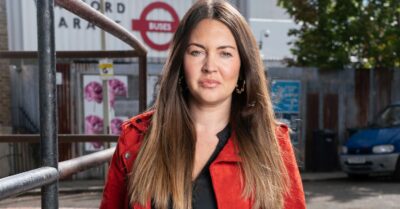 A spokesperson has dismissed the claims (Credit: BBC)

What has EastEnders said about the departure?

A rep said: “To say any cast member is now considering their future on the show due to another cast member leaving is nothing but speculative nonsense.

“Danny’s decision to leave the show is purely because he wants to try different roles.”

The show has recently been rattled by low ratings and stars quitting their roles.

There are also rumours that Rose Ayling-Ellis, who plays Frankie Lewis, could quit following her Strictly Come Dancing win.

Does Mick Carter die in EastEnders?

EastEnders made a statement earlier this week confirming Danny’s exit.

A “huge” storyline is reportedly in the works as Mick bids farewell to Walford. 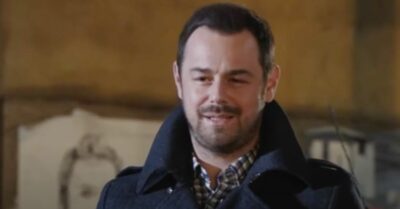 Mick is a much-loved character on the BBC soap (Credit: YouTube)

According to the Sunday Mirror, Danny has been poached by TV rivals Sky for a new drama.

A source told the publication: “Danny has offers coming in left right and centre. A lot of the things he has wanted to do he can’t because EastEnders have such strict rules about what he can and can’t do.”

As well as the rumoured Sky drama, bookies are offering odds on Danny doing I’m A Celebrity this year.

A spokesperson for Betfair said: “Danny Dyer is 2/1 to swap the Queen Vic for being served jungle treats and appear on I’m A Celebrity in 2022 following his EastEnders exit.”