Zara McDermott hosts a new BBC Two documentary Uncovering Rape Culture – but what’s it all about?

And is Zara still with Made in Chelsea star Sam Thompson? 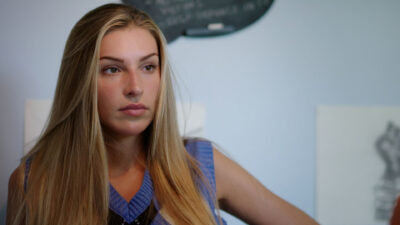 The former Love Island star uses her own sexual assault at school as a starting point.

She reveals how it left her with many unanswered questions.

Zara also speaks to other young women about their experiences of sexual assault in school.

Ultimately, the reality TV star asks what action needs to be taken and what needs to change.

Tragically, Zara hears the story of Semina Halliwell, who took her own life at the age of 12 after being raped by an older school boy.

The boy was interviewed by police but was released without charge.

Her mum Rachel says she informed the school but they failed to act.

The reality star from Essex said she was attacked four years ago by a young man or boy in a school uniform, but luckily passers-by intervened.

She says she had “buried” the memory in the back of her mind.

Zara was 21 when she was assaulted while walking home in broad daylight.

The pervert forcefully pushed her against a fence as he tried to take off her clothes and put his hand down her trousers.

Zara explains: “This assault that happened to me, it’s hard to say that it was assault.

“I think that’s just me not allowing myself to say it because I got away very much unscathed – and I’m so conscious that so many other women haven’t had that.

“So I’m conscious that I don’t want it to be a ‘woe is me’ situation.

“That happened to me and I couldn’t really do anything, but I managed to get away pretty unscathed.”

She said she felt it was important to now talk about it “because I hadn’t really done it yet and I had buried it in the back of my mind”. 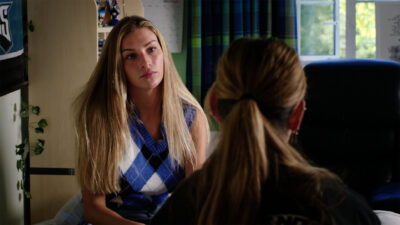 Zara McDermott documentary – what is she famous for?

Zara McDermott came to fame when she appeared on Love Island season four in 2018.

They even managed to last well into 2019, but eventually split in February 2019.

Since finding fame on Love Island, Zara has appeared on Loose Women, Lorraine, and on Politics Live among other shows.

In May 2019, she was photographed with Sam Thompson, star of the reality TV series Made in Chelsea.

A month later, their relationship was official, and she soon appeared on the E4 series.

Zara is now a social media influencer with 1.6 million followers on Instagram.

She also has a YouTube channel with 62,000 thousand subscribers.

The documentary Uncovering Rape Culture airs on BBC One on Wednesday November 24 2021.

How old is she and where is she from?

She is currently 24 years of age. 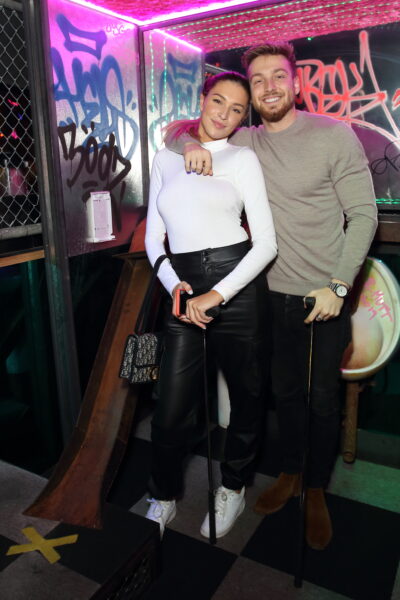 Zara McDermott and Sam Thompson have been dating since May 2019 (Credit: Splash)

Documentary maker Zara McDermott and Sam Thompson have been dating on and off ever since May 2019.

Last year, their relationship was put in jeopardy when Zara admitted to being unfaithful.

However, they rekindled the romance and are now going strong.

They live together in London, and are even planning a family.

Sam recently said he’d like a baby in the future, saying: “Not in the next year… But not in the too distant future.

“I don’t want to be a really old dad.

“But I do need to grow up a little bit first.”

Has Zara had a boob job?

She wanted to have her boobs made “fuller and more symmetrical”.

The Love Island star took to Instagram and shared a video about her experience, revealing she “always planned” to talk about her surgery.

Speaking during the YouTube video, Zara explained she has been considering the surgery for around 18 months – ever since she “lost a bit of weight”.

Will you be watching Zara McDermott’s documentary on BBC One? Leave us a comment on our Facebook page @EntertainmentDailyFix.

lyrics https://lyrics.az/?new_a=mixedsearch2&keyword=Xxxtentecion look at me