Susanna Reid has tweeted a message of support for her Good Morning Britain co-host, Richard Madeley following his hospital dash.

Richard, who’s currently taking part in ITV’s I’m A Celebrity, was rushed to hospital in the early hours of this morning (Thursday 25 November). 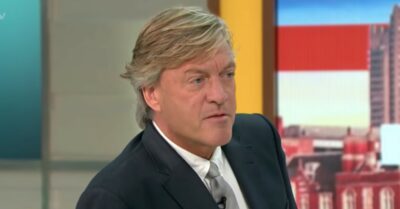 The GMB host’s followers joined her in sending support to Richard.

“Well said Susanna, Richard is one of life’s gentleman and look forward to him hopefully becoming your regular news partner,” tweeted one fan.

Another wrote: “I hope he’s okay. He’s a good egg Richard… some of those challenges are enough to knock anyone out of sorts.”

A third added: “He has done tremendously well gone above & beyond I’d say Susanna…. Needs a hot bath now & a massage from head to toe a slap up meal & a wee dram or a pint of beer.”

65-year-old Richard was taken from the celeb camp at Gwrych Castle in Wales early this morning after being treated by medics on-site.

ITV broke the news via Twitter earlier: “News from Camp: Richard was unwell in the early hours and was immediately seen by our on-site medical team.

“He’s since been taken to hospital as a precaution, the health and safety of our campmates is our priority. #ImACeleb.”

No further details have been released over Richard’s mystery illness as yet.

However, a report in The Sun claims the incident shocked cast and crew members. 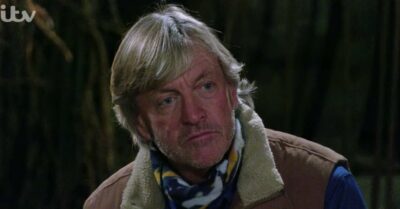 Richard Madeley is competing in the latest series of I’m A Celebrity (Credit: ITV)

A source is quoted as saying: “It was horrifying – campers were really upset and concerned, all of the crew and medics rushed to set to help him.

“It was a real scare for everyone involved.”

Richard was rushed to hospital

Viewers of the show have since shared their messages of support to Richard.

On Twitter, one said: “Get well soon sending love.”

A second wrote: “I hope he gets better soon.”

In addition, a fourth added: “I hope things goes well and get well soon.” It comes shortly after Richard took part in the show’s Kitchen Nightmares trial.