It’s been revealed that Strictly star Rose Ayling-Ellis can’t train for her performances when it’s raining for a devastating reason.

Rose, who’s deaf, relies on the vibrations of the music to rehearse, and can’t do that when there’s a downpour. 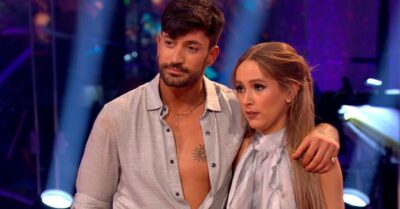 How does Rose hear the music on Strictly?

The EastEnders actress is the first deaf person to compete on Strictly Come Dancing since the show began in 2004.

Rose spoke to BBC News when her involvement in Strictly was announced about how she can enjoy music.

“I have a hearing aid, so I pick up some of the music and I can hear the beat. I can hear someone singing, but I can’t identify exact words. I also feel the vibrations.”

This means that Rose can feel the vibrations the on-stage band makes while she’s dancing.

“I will be focussing on reading my partner’s body language plus counting in my head, which will help me with my timing,” she continued. “So for me, it’s a combination of everything.” 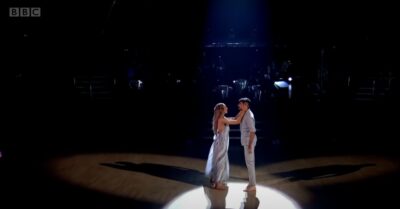 Rose can feel the vibrations of the music through the floor (Credit: BBC / Youtube)

Why does Rose struggle to rehearse in the rain?

However, Strictly co-host Claudia Winkleman revealed that Rose struggles to rehearse when there’s a big downpour outside.

Speaking to the Big Issue, the presenter said: “Rose is fantastic…she’s properly funny. I hope that comes across.  She’s a fabulous dancer. The fact she’s deaf comes way down the list of the extraordinariness of the charm of Rose.”

She continued, however, by saying: “She finds it difficult to train when it’s really raining as it messes with the vibrations in her chest.” 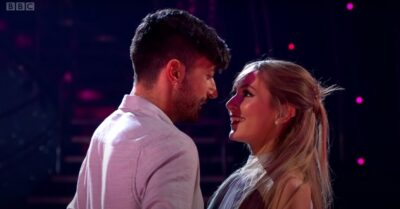 What else has the Strictly star said about being deaf?

Meanwhile, Strictly star Rose appeared on This Morning last week alongside her dance partner, Giovanni Pernice. She spoke candidly about being deaf to hosts Dermot O’Leary and Alison Hammond.

“It’s society that makes it difficult being deaf,” the Strictly contestant said. “There’s nothing wrong with being deaf. I have no problem with it.”

Giovanni then went on to say that Rose was the best dance partner on the show.

“I’m a professional dancer, I’ve been doing it for 23 years,” the 31-year-old said. “She’s working harder than anyone else – even more than me sometimes.”

“Even 10 seconds of silence was so hard,” Giovanni said of the routine. “Because in those 10 seconds, you have to keep thinking about your steps and you have to think about keeping the beat – and I was like, ‘Now I understand what she goes through’”.

Rose and Giovanni are one of six couples still left in the competition. Other stars still on Strictly include Tilly Ramsey, Dan Walker, and John Whaite.

Strictly continues on BBC One and BBC iPlayer on Saturday 27 November at 6.55 pm.